As is to be expected from a new project that Rockstar has been working on for years, Red Dead Redemption 2 is an incredibly dense open-world game that’s jam-packed full of details. We recently got to go hands-on with the high-anticipated sequel, and while playing we discovered numerous mechanics and details that go above and beyond those from the original Red Dead Redemption. While the game features improvements to pre-existing mechanics, there are light survival systems this time around. These require you to pay attention to things like your body temperature, gun maintenance, and meat expiration. As fans of the original, all of these new details are surprising and unexpected. But what has us the most enthused about it all is how these mechanics are likely to foster tons of ridiculous shenanigans in the game’s world—especially once Red Dead Online releases.

We got to experience many of the new systems at work—most of which you can read about in our comprehensive feature compiling them all. But there were some fascinating standouts we wanted to highlight that we feel will contribute to some of the game’s most memorable and entertaining moment-to-moment experiences. Included in this feature are nine of the most unexpected mechanics and details in Red Dead Redemption 2.

The game’s clothing customization options are comprehensive—each character will have different sets to coincide with hot and cold weather conditions. The type of clothes you wear will affect Arthur’s performance. For example, if you wear a weighty jacket during a hot summer day, your running stamina will take a big hit. 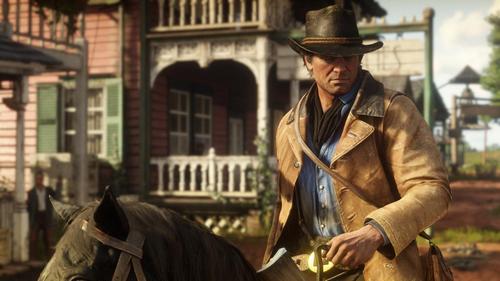 Other customizations will allow layering and minor adjustments, like the option to roll up your sleeves or tuck your pants into your boots. Whatever you end up choosing, you’re free to craft Arthur into the high plains drifter you want him to be.

You Can Fire Warning Shots And Whistle For Fun

By having your gun unholstered and holding Up on the d-pad, you can fire warning shots into the air. This is handy for intimidating people, scaring off animals, or generally being a rowdy buffoon while you’re riding around.

Speaking of possible buffoonery, you can even whistle at people to get their attention or call your horse. And if you keep holding down the button, you can keep whistling until Arthur runs out of breath. Imagine combining both warning shots and whistling; you’ll become the countryside menace you’ve always dreamed of being.

Your Guns Can Degrade And Jam 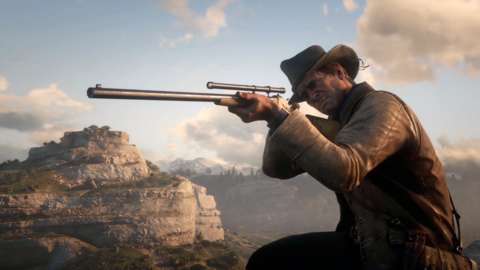 You need to take care of your weapons in Red Dead Redemption 2. You have the option to clean them, which is incredibly important to do regularly because guns can jam mid-fire due to disrepair and environmental conditions. You don’t want to be caught with a rusted gun—lest you seek to dig yourself an early grave.

Hunted Materials Can Rot And Be Damaged

The components you acquire from hunting all have an expiration date. If you’re not careful, time will eventually take its toll and both the fresh pelt and carcass you’ve acquired will start to rot and attract vermin, reducing its value and making you generally unpleasant to be around. Not only that, but if you use a firearm to kill an animal as opposed to an arrow or knife, its pelt will be damaged and will sell for less at local stores.

Cleaning, Grooming, And Feeding Yourself

Speaking of unpleasantness, NPCs will react not just to the stink of your rotting deer corpse, but also if you haven’t taken a bath in a while. Arthur needs to get clean and change his clothes every once in a while, since townsfolk may refuse to talk or serve him based on his appearance—having blood on your jacket doesn’t attract the best reactions.

Time also has an effect on Arthur’s hair, which actually grow longer. Customizing Arthur’s haircut and facial hair styling is also dependent on length since you’re allowed to cut things shorter, but won’t have access to options that require more hair—a more realistic take on customization compared to GTA V. Of course, you’re welcome to not pay attention to grooming. In fact, you can totally rock the mountain man look by just letting Arthur’s hair and facial hair grow to its max.

Arthur will need to eat to keep his health and stamina meters up, but will also lose and gain weight depending on his food intake. He’ll have to stay active in order to keep in top shape.

You Will Get A Camera 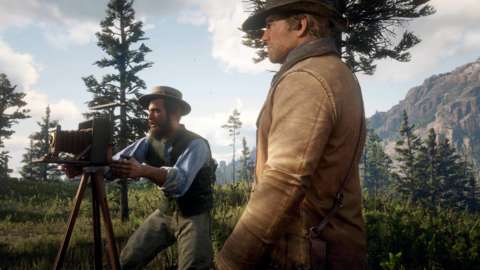 We started a side quest during our time with Red Dead Redemption 2, and the mission giver handed Arthur a camera. This camera could be used at any time via your inventory, and yes, the first thing we did was take a selfie.

These aren’t arm-out handheld selfies, though. The mode is titled «self-portrait» and will frame Arthur’s whole body as if the camera were set up on a tripod. You’ll be able to adjust expressions and poses, too—expect to see a whole bunch of self-portraits depicting Arthur squatting in front of various things on Twitter once the game releases.

You Can Lose Your Hat

If you’re not careful, you can easily lose your hat in the midst of a shootout. If you drop your hat, you need to physically pick it back up to get back to looking like a proper outlaw. Though, if you ride away from your hat, it’ll appear as an icon on the map. However, it will reappear back on your horse if you go too far away. Alternatively, Arthur can swap his hat for any other one that just happens to fall off someone else’s head. Sometimes you just have to adjust your style on the go.

There’s A Killcam That Changes Depending On Your Honor

When you take out the final opponent during a gunfight, a killcam will frame that final blow a la Max Payne 3. This will change depending on Arthur’s moral standing: If you’ve been a naughty cowboy, these kill cams will be gorier. If you’ve been upstanding and honorable, they’ll be framed in a more heroic fashion like those from the classic film Westerns of old.

You Can Break Enemy’s Weapons

Speaking of heroic behavior: if you want to go the more non-lethal route, it’s possible to shoot weapons out of enemy hands. Not only that, but you can even shoot at their weapons and break them. This seems like a handy technique if you’re looking to be an outlaw with a heart of gold as opposed to a straight-up cold-blooded killer. 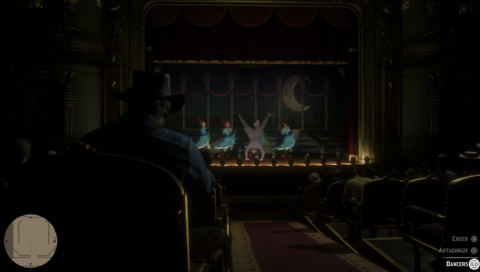 Assuming he isn’t too stinky to make it past the ushers, Arthur can kick back and catch a show at the local theater. We’re curious the sorts of genre of theater you’ll be able to see or what Arthur like watching.

You Can Dance (If You Want To!)

If you find yourself at camp and the mood strikes you, you can break a leg and dance with your gang. The simple moves in the trailer seems fairly traditional, but we’ll put good money on there being sillier options whenever Red Dead Online launches.

Horses are an important part of Red Dead Redemption 2, but it seems like they’re far more capable creatures than they’ve ever been in previous games. During our hands-on, we were able to rear our horse on its hind legs, perform drifts to change direction quickly (apologies to equestrian enthusiasts), and move our horse precisely by performing dressage techniques.