Overwatch is one of Blizzard’s ongoing live games, but the company wants to manage expectations ahead of next month’s BlizzCon event. In a developer update, game director Jeff Kaplan noted that fans shouldn’t expect a new map to be announced at the fan celebration. 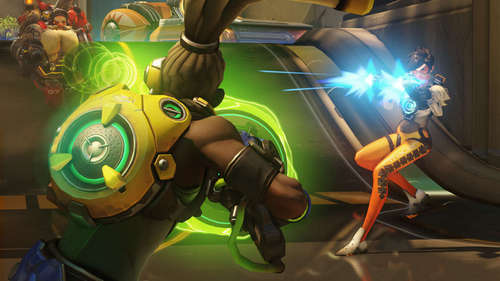 He said that given that fans may be expecting this year’s announcement to be similar to those of previous years, which would include a new map. For that reason, he wanted to be «explicitly clear» that no new map is coming this time around. He said that new maps announced at BlizzCon have gotten «a little lost in the shuffle» and «didn’t have as big of an impact as we wanted.»

That said, he did note that the company is working on new map content in general. It sounds as if it simply wants to strategically time it so that it doesn’t get overshadowed by a lot of the other happenings around the event. Plus he promised Overwatch announcements for the event without specifying what those might be. Finally, he announced buffs in the works for several characters, which we’re currently seeing on the public test realm.

One pre-BlizzCon announcement detailed in the developer update is a new feature called the World Cup Viewer. A beta version will go up before the event through the Battle.net client for PC players. It will let you watch matches live in the spectator point-of-view, with full control over camera movement or even watch in first-person through the eyes of a player.

Blizzard similarly did some pre-event expectation-setting for Diablo. To see all that the event has in store this year, you can enter to win some free virtual tickets. BlizzCon kicks off on November 2.

When And How Long Is The Next Test?