Epic Games has released update 6.01 for Fortnite and, alongside it, the full patch notes detailing everything new and everything that has been changed. While not as significant as the last patch, which kicked off Season 6, this content update does add in a new item for Battle Royale called the Chiller. 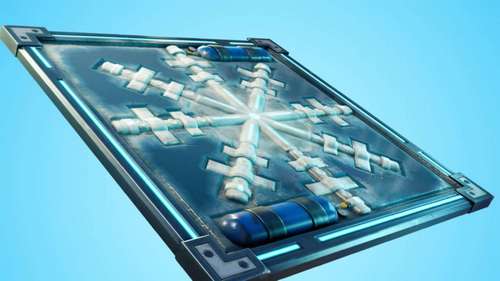 «Don’t get cold feet! Freeze your foes and slide around for a quick getaway,» reads the official description. The Chiller is a large trap that encases an enemy player’s feet in ice on contact, causing them to slide around. Check out the video below to see it in action—maybe it’ll come in handy while doing this week’s challenges.

[Update: Shortly after the update went live, Epic reported it was aware of and working on partying issues. It’s now taken a step toward fixing it by disabling Goalbound skins temporarily. As of October 5, it’s resolved the problem and you should be able to use the outfits once again.]

Epic also resolved an issue that caused the Soaring 50s limited-time mode to be temporarily unavailable. It’s set to be replaced by another new mode soon that centers around dancing, but we don’t yet have an exact launch time for that as of yet. There’s also no word on the Halloween skins that leaked.

The other big addition in this update is custom Playground options which allow you to tweak settings such as health, time of day, gravity, and more. Take a look at the full patch notes below, which details the new additions, as well as the other tweaks to gameplay and performance. You can also see how the patch changes Fortnite’s Save The World mode here—the major addition is that of a new weapon.

Fortnite Season 6 began on September 27 and, at the same time, the floating island that rose from Loot Lake began moving around the map. It is leaving strange craters in its wake and, as of yet, we’re not sure what this means, though fans are speculating it could be building up to a new event. Epic also added new cosmetics to unlock, which you can see in our Fortnite Season 6 Battle Pass rewards gallery. You can also find tips for all the latest challenges in our Season 6 challenge roundup.