It’s a new week, which means the Microsoft Store has a fresh set of deals on digital Xbox One and Xbox 360 games. This week’s selection isn’t all that large, but that doesn’t mean you won’t find anything worth picking up. And as usual, you’ll need an Xbox Live Gold subscription to take advantage of some of the deals below. Let’s take a look at some of the highlights of this week’s sale.

The acclaimed RPG Divinity: Original Sin 2 is on sale this week for $45. We gave it a score of 10/10 in our review. Brett Todd wrote, «From lonely farmhouses through pitched battles with gods in far-flung dimensions, Divinity: Original Sin II is one of the most captivating role-playing games ever made in both its original and Definitive incarnations, with the latter proving that even the most complicated role-players can be ported successfully to gamepad-limited consoles.» 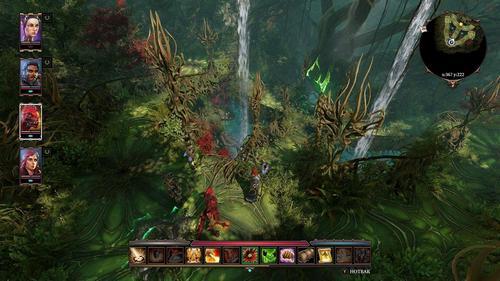 If board games are more your speed, Ubisoft has discounted a number of its offerings this week on Xbox One. You can grab the world-conquering game of Risk for $6, the card game Uno for $4, or Monopoly Family Fun Pack for $8. The Monopoly bundle comes with three versions of the game, including a traditional one with an animated board, one that lets you create your own board, and a fast-paced card game variant.

Racing fans can pick up MotoGP 18 for $30 or the unique team-based racer Onrush for $18. Dirt 4 also got a big price cut, bringing it down to $15. Anyone who fondly remembers the NES and SNES era can grab the shoot-’em-up The Mummy Demastered for $14 or the gorgeous platformer Owlboy for $18. And if whipping baddies with your hair sounds like an enjoyable way to pass the time, Shantae and the Pirate’s Curse is on sale for $16.

You can find more of our picks below, or head over to the Microsoft Store’s deals page to see the complete list of this week’s discounts.