HTC has revealed the Vive Pro Eye, a new version of its virtual reality headset that it describes as «an evolution in the enterprise VR space.» Revealed during CES 2019, the big new innovation that HTC is touting for the Vive Pro Eye is, as the name indicates, eye tracking.

As detailed during the HTC keynote, Vive Pro Eye integrates eye tracking natively and will give users «greater accessibility, gaze-oriented menu navigation.» This, in turn, removes the need for controllers to be used for navigating the user-interface, it says.

How this will translate to video games remains to be seen, but in its presentation HTC said the new eye tracking technology will enable businesses to create better training simulations, as well as improve how computing resources are used. 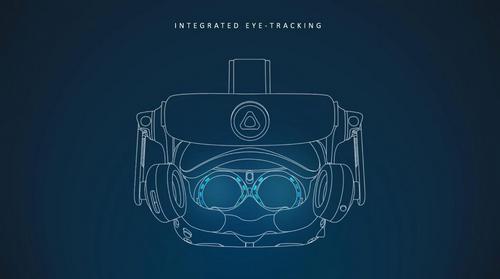 Given that HTC is very much targeting this new version of the Vive at businesses, it could be some time before we see the technology utilized in video games, if at all. As of yet, HTC has not priced the Vive Pro Eye. However, VR enthusiasts will no doubt begin tinkering with it once it’s available and begin to reveal some of the gaming applications of the headset, which we’re excited to see.

This was the first of many announcements made during HTC’s presentation. The company went on to reveal Viveport Infinity, which is more squarely focused at the gaming market. Viveport Infinity is a paid subscription service that grants members unlimited access to a catalogue of games for a monthly fee. Again, pricing has not yet been confirmed, but the subscription service will be available from April 5.

HTC also outlined strategic partnerships designed to bring a seamless VR experiences to its audience, naming Mozilla as one key company it is teaming up with. The result of this partnership is Firefox Reality, a native VR browsing experience. This was coupled with the announcement that it will empower developers to make websites catered towards VR users.

For more on HTC’s press conference, as well as CES 2019 as a whole, take a look at CNET’s event hub, where you’ll find comprehensive coverage of the tech-focused event.