The entire playable teaser for Konami’s Silent Hills has been remade in Unreal Engine for PC. Called Unreal PT, the remake comes with VR support, allowing you to further immerse yourself in the teaser’s terrors. 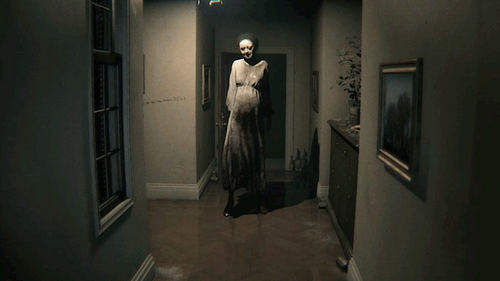 Created by a fan of the original P.T., who goes by RadiusGordello on itch.io, Unreal PT has been in development since April 2018. The game supports mouse and keyboard, as well as PS4, Xbox One, and VR motion controllers. Unreal PT is nearly identical to the original teaser, with the biggest change made to the ending. Beating the game and reaching the ending is less random, allowing you to complete the experience without relying on chance.

Silent Hills first appeared as a sequel to the Silent Hill franchise, created as a joint effort between Hideo Kojima and Guillermo del Toro. It also starred The Walking Dead actor Norman Reedus. Its teaser opted out of the series’ traditional third-person, survival horror mechanics for a first-person, puzzle game experience. Although the teaser was met with excitement from the gaming community, Silent Hills was cancelled, and P.T. was removed from the PlayStation Store.

In the wake of Silent Hills’ cancellation, numerous teams and solo developers have tried to remake the game or create something similar. However, most have followed in the legacy of the teaser that came before them and no longer exist. Some, like Allison Road, were cancelled by their own creators. Others, like a fan remake that was finished last year, were shut down by Konami. A few, such as Visage, have managed to make it to Early Access though. Kojima, del Toro, and Reedus would also all reconvene for the creation of Death Stranding, an upcoming PS4 exclusive with a story that becomes more convoluted with every new trailer.

If you want to play Unreal PT, you’ll need to download the game to your PC. The minimum system requirements are outlined below.