Sony’s PlayStation 4-exclusive God of War launched in April behind rapt praise from critics and commercial success. Some fans might have expected DLC to follow, but that never happened. It remains to be seen if the action game will ever receive any additional content, but what we do know is that game director Cory Barlog pitched a DLC idea that was too ambitious. As a result, this expansion, at least in the way Barlog imagined it, may never see the light of day. 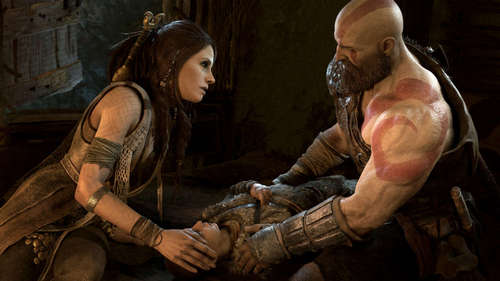 Barlog said it would have been like The Last of Us 1’s Left Behind or Uncharted Lost Legacy releases, which were big enough to warrant their own standalone releases.

«It would [have] ended up being its own thing,» Barlog said of the mystery God of War DLC. «Rightfully so, everybody said, ‘Dude, this is crazy, this isn’t DLC, this is a little too big.»

One of the only regrets that Barlog said he still has about God of War is that the team wasn’t able to release the Photo Mode and New Game+ options at launch. Instead, these were released through free updates after the game was released. The New Game+ mode did add some new armor and customisation items, but it might not have been the proper expansion some fans would have wanted.

God of War was one of GameSpot’s favourite titles of 2018, while it beat out Red Dead Redemption 2 to win the overall Game of the Year award at The Game Awards in December. The game may not be finished winning awards yet, as it is nominated for a top writing award at the Writers Guild Awards this year.

Get A Free Steam PC Game This Weekend Only

PS4 Deal: PUBG And PlayStation Plus Bundle For Cheap