Releasing today, Fitness Boxing is a new exercise game from Nintendo. The game utilizes the Switch’s Joy-Cons to give players a boxing-themed workout experience. 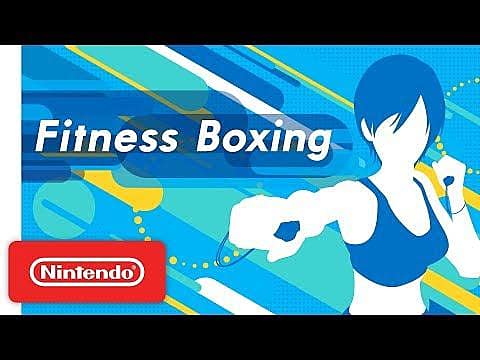 Workouts can be personalized to last anywhere from 10 to 45 minutes, with varying intensities. The game also tracks progress with calorie burning information and estimated BMI measurements.

Gameplay consists of a Joy-Con held in each hand as players follow on-screen prompts to either punch, upper-cut, block, or dodge. There are varying speeds for more or less intense sessions.

“Fitness Boxing gives users a new way to burn some calories while having fun,” said Doug Bowser, Nintendo of America’s Senior Vice President of Sales and Marketing. “And thanks to the portable nature of Nintendo Switch, your workout goes wherever you do.”

Fitness Boxing will offer instrumental versions of over 20 hit pop songs as well. As more songs are unlocked, new training circuits are unlocked. A competitive mode is also available for working out with a partner.

The game is available in both physical and digital versions. A demo has also been released on the e-Shop.