2018 might be over and done with, but we’re not done just yet celebrating the year’s games. The Writers Guild of America has announced the nominees for «Outstanding Achievement In Video Game Writing,» and titles like Assassin’s Creed Odyssey, God of War, and Spider-Man made the cut. 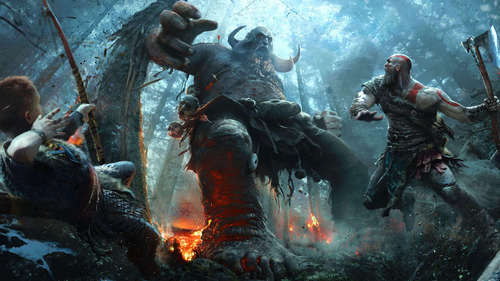 The five nominees this year are:

To be eligible, a game must have been released between December 1, 2017 and December 31, 2018, and also feature on-screen writing credits. Additionally, the credited writers must have already been or applied for membership in the WGA Video Game Writers Caucus. This incurs a $100 fee. However, WGA said it also considered games that were not developed «under WGA jurisdiction.»

The winner will be decided by panels made up of Caucus members and others Writers Guild members who are «active in video game writing.» The announcement of the winning title will come during the 2019 Writers Guild Awards on February 17.

What do you make of the nominees for 2018? Let us know in the comments below!