Bugs and glitches are not the only issues players have taken with Bethesda’s new multiplayer RPG, Fallout 76, as some of the game’s fundamental systems have been under fire since its release. One such system is related to how much weight players can carry before their characters become over-encumbered, and a recent update looks to offer some small relief on the matter.

Specifically, players will find that the weight of Fallout 76‘s bobby pins has been reduced from 0.1 to 0.001. This change means that a significant number of these consumable items can now be held without having a serious impact on a character’s overall carry weight.

While a seemingly minor adjustment, managing carry weight is a task that can occupy a significant portion of a player’s experience with Fallout 76. As such, any change that reduces the time required for inventory management is certain to be welcomed by many players.

Between the hefty weapons players need to advance through the game and the resources they farm for crafting, it is very easy to become over-encumbered in Fallout 76. While not as punishing as in previous Fallout entries, being over-encumbered causes a player’s AP to continually drain, severely limiting a character’s movement and combat prowess. 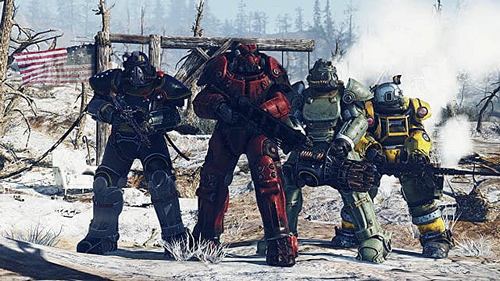 Recently, Bethesda has increased stash sizes in an attempt to alleviate how much weight players need to store on their characters. However, this change has not fully addressed the issue of the strict carry weight limits, which means that players that want to minimize the amount of time they spend with inventory management have limited options.

One approach is to select perks that reduce the weight of an array of Fallout 76‘s items, but this requires making serious sacrifices to the overall power level of a character. Certainly, some players are unwilling to make these types of sacrifices, which has led certain individuals to use glitches to fully bypass carry weight restrictions.

Of course, reducing the weight of bobby pins is not going to make a major difference as players fight against their inventories. However, it does suggest that Bethesda is willing to make adjustments to reduce the burden of Fallout 76‘s carry weight limits, and fans may see more such changes in the future.

This update is included in a large patch to Fallout 76, and full notes can be seen on Reddit.