If the established rotation for which developer is responsible for each Call of Duty game continues into 2019, then it’s Infinity Ward’s turn next. And a recent tweet of a skull by the company’s senior communication manager Ashton Williams may confirm that it is Infinity Ward that’s at the helm and also hint at what the next Call of Duty title might be. Although there was no accompanying text, the skull itself could imply that Infinity Ward is working on Call of Duty: Modern Warfare 4. 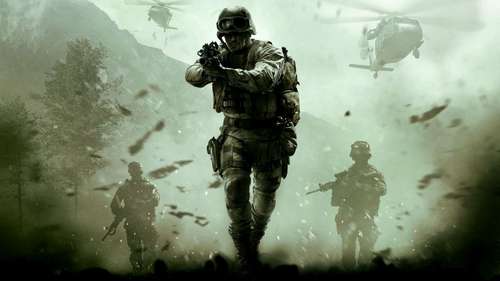 Since Infinity Ward is the developer behind Call of Duty: Ghosts, many first suspected the tweet was teasing Ghosts 2. However, Kotaku’s Jason Schreier has since claimed in a forum post that isn’t the case. Prior to Ghosts and Infinite Warfare, Infinity Ward was responsible for the widely popular Modern Warfare series. Fans may recall that one of the major characters from Modern Warfare 2, Lieutenant Simon «Ghost» Riley, wore a skull-patterned balaclava. Williams’ tweet may be in reference to that, which could mean there’s a Modern Warfare sequel starring the character scheduled for 2019.

Treyarch’s 2018 Call of Duty: Black Ops 4 was the first game in the franchise to not feature a traditional single-player campaign. Instead, Black Ops 4 included the franchise’s first battle royale mode, titled Blackout. There hasn’t been an announcement of whether 2019’s Call of Duty will implement either of these changes.