Blizzard has added a tribute to the late comics legend Stan Lee in World of Warcraft. A new NPC can be found wandering around sporting Lee’s iconic mustache and aviator lenses, as long as you know where to look. 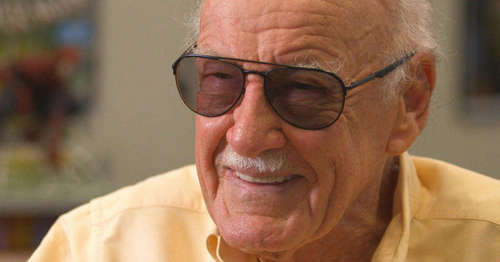 WowHead reports that the 8.1.5 patch in the Public Test Realm adds «Stanley,» a thin man with grey-white hair and sunglasses, and saying «Excelsior!» So far he’s only been spotted in Stormwind, sporting the colors and armor of the Alliance. But a little digging into the update pulled up two other Stanley character models: one in neutral colors without armor, and another wearing Horde gear.

This isn’t the first time World of Warcraft has paid tribute to a celebrity. Blizzard similarly memorialized Robin Williams, himself an avid WoW player, after his death.

Stan Lee was an affable pitch man and the public face of Marvel comic books for years, known especially for his series of cameos in movies based on Marvel properties. He created or co-created many of Marvel’s most well-known superheroes, including the Fantastic Four, X-Men, Hulk, Thor, Iron Man, and Spider-Man, among many others. He’s widely credited for helping to give superheroes realistic problems atop their super-powered antics.

He passed away in November 2018, leading to lovely tributes from celebrities and his comic book competition alike. True to his larger-than-life personality, he had also sold the rights to his life story to Fox. But rather than a standard biopic, the plan is reportedly to adapt it into a wild period action film in the style of Kingsman: The Secret Service.

Read Our Latest Impressions Of Its Mech-Based Mayhem

Because It Isn’t «Outstanding» Yet, Tropico 6’s Release Delayed