The first part of Final Fantasy XIV Stormblood’s big 4.5 patch, A Requiem for Heroes, has arrived on PS4 and PC. The update introduces a load of new content to the MMO, including main story quests that set the stage for the game’s forthcoming expansion, Shadowbringers. 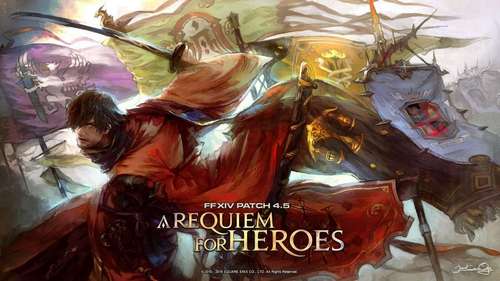 Among the new content available now is the third and final raid in the Return to Ivalice Alliance series, which takes players to Orbonne Monastery. Square Enix says the raid also features content by Yasumi Matsuno, the original director of Final Fantasy XII and Final Fantasy Tactics. Additionally, the update introduces a new dungeon, the Ghimlyt Dark, which features a 90-minute time limit and can only be tackled by players who have a Disciple of War or Magic that is level 70.

On top of that, the first part of the 4.5 patch brings new minions, mounts, hairstyles, and emotes to the MMO. It also introduces a new «limited job» class, the Blue Mage, although that will go live next week, on January 15. Square Enix says the class will «provide a unique solo gameplay experience» and will be available to players who have completed A Realm Reborn’s main scenario and have a character that’s at least level 50.

You can find the full patch notes for the first part of the 4.5 update on the official Final Fantasy XIV website. Square Enix says the second and final part of the patch will release in late March and cap off the Stormblood storyline, although additional 4.5 content updates are also set to arrive. The Shadowbringers expansion, meanwhile, is slated to launch in early summer.

In addition to the new patch, Final Fantasy XIV is in the midst of its annual Heavensturn New Year event. The event will be live through January 15 and features special seasonal quests and rewards.