Overwatch has kicked off its Lunar New Year 2019 event, marking the Year of the Pig. It brought the usual spate of nifty new skins and the return of a favorite game mode, while at the same time introducing a set of balance changes. As detailed in the latest patch notes, these mark some significant changes to particular characters. 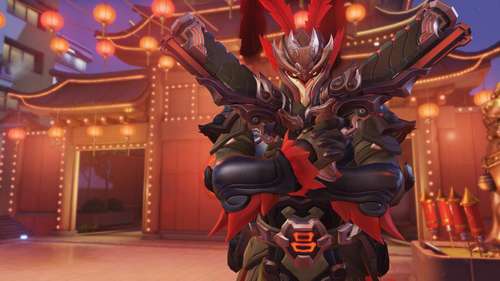 First, though not tied to any changes, armor will now reduce damage to 3 instead of 5, capping at half. Blizzard notes that this will mostly impact heroes who fire in bursts. As an example the studio cites Soldier 76’s Heavy Pulse Rifle, which will do 16 damage per shot instead of 14. It says that armor was just «a bit too strong overall, especially when heroes were being healed quickly and often.»

Meanwhile, two characters have had their abilities slightly tweaked to nerf them. The armor from Brigitte’s Rally has been capped at a maximum duration of 30 seconds. D. Va’s Defense Matrix cooldown has been increased from 1 second to 2 seconds. In both cases, the change is aimed at giving opponents a chance to respond around the triggering of the abilities.

The one character to have gotten a buff was Reaper, whose passive life steal ability has gotten a big boost from 30% to 50% of damage dealt. «This change allows him to keep the pressure up while he’s dishing damage to his enemies,» Blizzard notes. «The added life steal is particularly effective against tanks, as they tend to do less damage than other heroes, and also take more damage from his Hellfire Shotguns due to their larger hit volumes.»

These changes come along with a wide array of bug fixes. The Lunar New Year event brought back the capture the flag mode and older Lunar New Year cosmetics, along with a bunch of new skins for this year. Those include the Legendary skins Lu Bu Reaper, Huang Zhong Hanzo, Guan Yu Reinhardt, Zhang Fei Torbjorn, Zhuge Liang Zenyatta, and Hong Gildong Tracer, plus the Epic skins Sanye Orisa and General Brigitte.