The remake of Capcom’s survival-horror classic, Resident Evil 2, is nearing its release. After the original version launched for PS1 back in 1998, the Resident Evil 2 remake releases on January 25, 2019 for PS4, Xbox One, and PC. While still maintaining the same core as the original, it makes a variety of refinements to both its visuals and gameplay but still brings back welcome features like Tofu mode.

The most notable and obvious change, graphical improvements aside, is the new camera perspective. Rather than the classic, fixed-view camera of the old games, the remake uses a third-person, over-the-shoulder perspective not unlike that of Resident Evil 4. You can try this out for yourself as part of the 1-Shot Demo that gives you 30 minutes with the game, although it will only be available for download until later in January.

Some of the changes are a noted shake-up for the game, but you needn’t worry—as you can read about in our Resident Evil 2 review, this remake has turned out quite nicely. Critic Alessandro Fillari writes, «Resident Evil 2 is not only a stellar remake of the original, but it’s also simply a strong horror game that delivers anxiety-inducing and grotesque situations, topping some of the series’ finest entries. But above all, the remake is an impressive game for the fact that it goes all-in on the pure survival horror experience, confidently embracing its horrifying tone and rarely letting up until the story’s conclusion. Though Resident Evil 2 has its roots firmly in the past, it reworks the familiar horrors into something that feels brand new and all its own.»

Even more is on the way for Resident Evil 2 post-launch, as it will receive a free DLC game mode. If you’re eager to get your hands on the game for release day, you can read on for a complete rundown on pre-order bonuses, special editions, and pricing. Or if you want to catch up on the story to be ready for RE2, we have a Resident Evil story recap you’ll find handy.

If you pre-order from the PlayStation Store, you’ll get a free Resident Evil 2 PS4 theme. 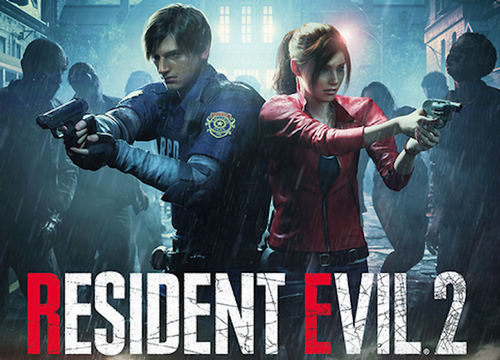 The standard edition just comes with the game. Your best deal on a console version is to buy a physical copy from Newegg. 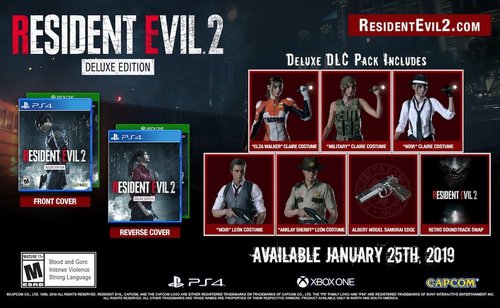 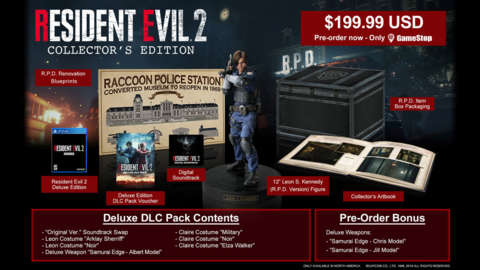 The GameStop-exclusive Collector’s Edition comes with everything you get in the Deluxe Edition, plus a 12-inch Leon statue, a collector’s art book, and R.P.D. renovation blueprints, all in R.P.D. item box packaging.