Kingdom Hearts 3 is coming this month at long last, finally wrapping up the trilogy. The series has become known for its complex story and hidden endings that tease future events, and this installment is being especially guarded about its conclusion. So guarded, in fact, that Square Enix has detailed plans to release the epilogue as a post-launch patch. 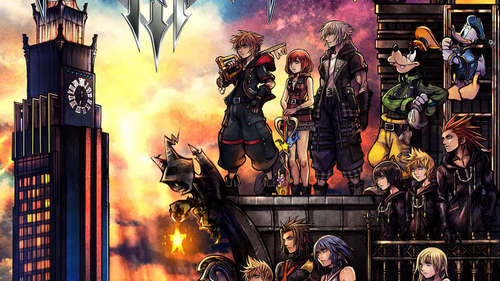 In a series of tweets, Square Enix noted that a few different free game updates will come on and around launch day. The first, scheduled for release alongside the game on January 29, will be the typical bug fixes along with a «Memory Archive» story recap. A second patch, on Wednesday, January 30, will add an epilogue video. Finally, on Thursday, January 31, a third patch will add a secret video.

The epilogue will be viewable to anyone who has finished Kingdom Hearts 3, while the secret video requires finishing the game along with various criteria that will scale by difficulty level. No word on what these videos will be about, other than that they will «enhance player’s enjoyment of the world of Kingdom Hearts.»

Traditionally, these epilogues and secret videos have shed more light on events that happened concurrently with other storylines, or teased future characters. Since this is the conclusion of the trilogy, it’s hard to say what it might reveal—but the story of Kingdom Hearts has plenty of room for more sequels, even if this trilogy comes to a proper conclusion.

The epilogue and secret movies have come up before, when the game leaked and spoilers began circulating online. At the time, director Tetsuya Nomura specifically asked fans not to spoil the two movies, since they represent the game’s «biggest spoilers.» His statement said because they want to save the surprise, these two movies wouldn’t be available before release. Now we know for certain that he was referring to these post-launch patches.

Kingdom Hearts 3 is one of our most anticipated games of 2019, and definitely the one with the longest wait. Kingdom Hearts 2 came out 13 years ago, and while there’s been no shortage of spin-offs, fans have been eagerly waiting for the conclusion of the story. Check out our pre-order guide for more details.

Activision Explains Why It Broke Up With Bungie