From Software has revealed that boss battles will play out slightly differently in Sekiro: Shadows Die Twice in comparison to both the Dark Souls series and Bloodborne. Although Sekiro will contain encounters just as challenging as its Soulsborne predecessors, its new mechanics offer different ways for From Software to create unique fights. 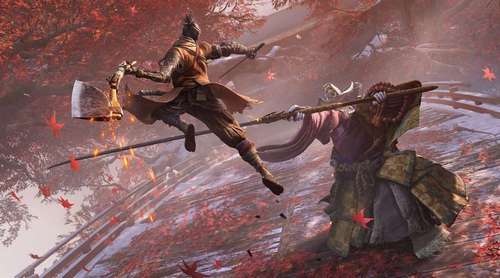 In an interview with Game Informer, From Software director Hidetaka Miyazaki said that the new traversal mechanics—with the exception of swimming—have been used to create boss battles that have never been seen in a Soulsborne game before. «The traversal options allow much more dynamic movement within the boss arena, both for yourself and the boss character themselves,» Miyazaki said. «Previously, you would have just had to run around a huge boss’ feet and hack away at his ankles, but now you have all these movement options; you can both fully use the extent of that arena.»

Not every traversal mechanic will be available to you during bosses though. Some bosses will be huge, hulking monsters that are reminiscent of what’s seen in Dark Souls and Bloodborne, and you’ll defeat them similarly to how you would in From Software’s older games. There are also bosses who simply won’t give you the room to zip about the arena with your grappling hook, allow you to stealth behind them for an instant kill, or rely on any of Sekiro’s other traversal mechanics. But each boss does have a weakness you can exploit to make the fight easier.

You won’t be alone when it comes to figuring out how to defeat a boss. In place of messages from other players, you can find clues in the world that hint at certain bosses’ weaknesses. Whether you search out these hints is entirely up to you, but Miyazaki said that they do help, especially for enemy bosses that «use really dirty tricks» and «underhanded techniques.»

New types of boss battles aren’t the only change From Software is putting into Sekiro. The game won’t have multiplayer of any kind, and as a result, you’ll be able to actually pause whenever you want. Unlike Dark Souls III and Bloodborne, Sekiro will also have an interconnected world that directly links back to its hub area.

Sekiro: Shadows Die Twice launches on March 22 for Xbox One, PS4, and PC. The standard version of the game releases alongside a Collector’s Edition, both of which are available for pre-order.