Pioneer, the sci-fi project teased within Watch Dogs 2, has seemingly been canceled. A trailer for the space exploration game was found in a Watch Dogs 2 mission that had you infiltrate Ubisoft’s real-life San Francisco office. However, ex-Ubisoft game director Alex Hutchison has now cast doubt on the project’s status. 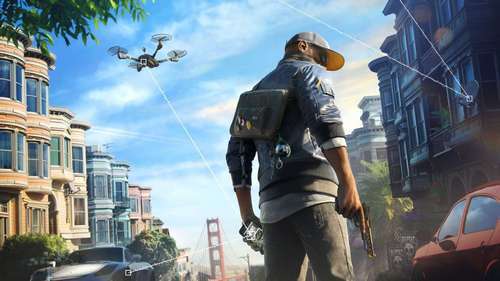 «RIP Pioneer,» he stated on Twitter, including a link to the game’s trailer. When followers asked if this meant the project was dead, he simply responded with crying emojis. Ubisoft has declined to comment, but then the game was never officially announced in the first place. It was seemingly due to be revealed at E3 2017, before needing to be «retooled,» according to Kotaku’s sources in November 2016.

Hutchison is now working on Journey to the Savage Planet at new studio Typhoon. He previously worked on Far Cry 4 and Assassin’s Creed III at Ubisoft and Spore while with EA.

There’s no sign, meanwhile, of a third Watch Dogs game, which has been heavily rumored to be set in London. The next major Ubisoft title to launch will be February’s Far Cry: New Dawn.