Turn 10 Studios may have outed the existence of an upcoming Forza mobile game. A recent community update erroneously linked to a sentence mentioning an unannounced mobile game called Forza Street, and it even names the developer. 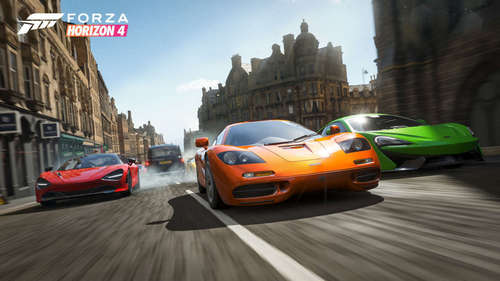 GT Planet reports that the mistaken link appeared in the latest Forza Motorsport Week in Review. The link was intended to lead to a story about a recent esports winner, but instead linked to a description of a game. The link has since been corrected on the Forza site.

«Developed in partnership with UK-based studio, Electric Square, Forza Street is built from the ground up to support a wide range of Windows 10, iOS, and Android devices,» it read.

There is no announced game called Forza Street. The developer did develop a game called Miami Street for Windows 10 in 2018, in partnership with Microsoft Studios. It’s possible Microsoft is putting that studio on a mobile version of its racing franchise, and borrowing the «Street» surname in the process. Alternately, Miami Street could have started as a Forza mobile game, but was changed at some point in development.

Since 2011, Microsoft has produced a new Forza game every year, now alternating between the simulation Motorsport series and the open-world Horizon series. The most recent game was Forza Horizon 4, which takes place in the UK and features track conditions that change with the seasons.

Demon’s Souls Creator Open To Another Studio Doing A Remaster