If you’ve been waiting to get your hands on Enplex Games’ survival MMORPG Population Zero, now’s your chance. The company officially kicks off the game’s first ever alpha event tomorrow, March 2, inviting anyone who purchased Commander or Sentinel cards to log in. 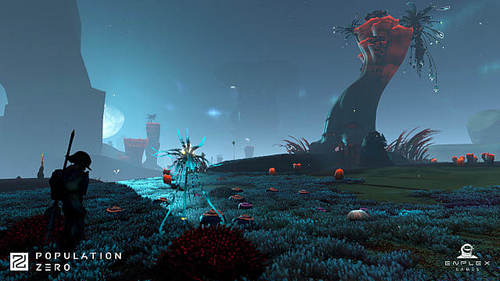 Players are also welcome to sign up on the game’s website. But, obviously, that does not guarantee entry into the alpha.

The testing period includes the game’s latest update and a variety of additions and changes. A short list of these changes includes, but is not limited to, the following:

Although it won’t be available to play right away, Enplex has also announced a new jungle biome for Population Zero. This biome will be available soon and will feature myriad plants and «centuries-old» trees where players can build their ultimate tree-top home.

Enplex hasn’t provided a lot of information on this biome yet, but they have published a few pictures to give players an idea of where they’ll be when they leave the savannah.

That aside, the developers have been doling out more information about the game, including a recent video that addresses building mechanics. This is a more in-depth and tutorial-esque video than the one previously released by the company. It covers everything from material gathering to finding a good base location and claiming the land.