While we might still be almost two months away from the April 23 release of the next entry in the Mortal Kombat franchise on April 23, players don’t have to wait any longer to get a peek at the game’s story.

The narrative kicks off following the defeat of Raiden at the hands of the Elder God, Shinnok. This defeat has had some less than desirable effects on the universe, upsetting the balance between good and evil. At least one individual has a problem with that, and she’s out to fix it.

Kronia, a newcomer to the franchise, intends to use her powers to rewind time and effectively reset the universe.

Like some previous games in the series, Mortal Kombat 11‘s story mode allows players to experience the narrative through the eyes of various characters, both past and present. All of these characters will join forces to defeat Shao Kahn’s army before things get even more out of hand. 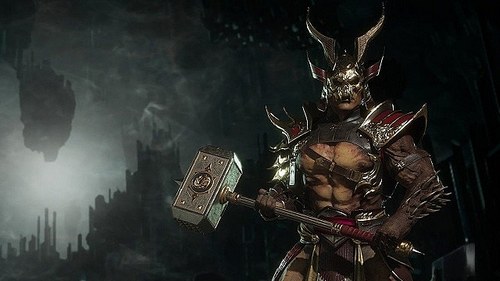 As we draw nearer to the release date for MK11, the game’s developers are still revealing the roster of characters fans can expect to play as. Today, three more playable characters were revealed in addition to the new gameplay trailer: Cassie Cage, Jacqui Briggs, and Erron Black.

Unfortunately for fans who may have been hoping that he’d still appear despite the devs already saying «no», Shaggy was not announced as a playable character in this batch.

Of the three characters, Cage, the daughter of Sonya Blade and Johnny Cage, was highlighted today in Kombat Kast on the NetherRealm Twitch channel. Briggs and Black didn’t get quite as much love, but may appear on the stream at a later date.

Mortal Kombat 11 releases April 23 on Nintendo Switch, PC, Xbox One and PlayStation 4. Pre-orders are available and will grant players access to the beta and Shao Kahn.