Mortal Kombat is known for many things, but none is more iconic than its over-the-top Fatalities. NetherRealm knows where its bread is buttered, so it made a point to show off a special Fatalities trailer during its Mortal Kombat 11 presentation. 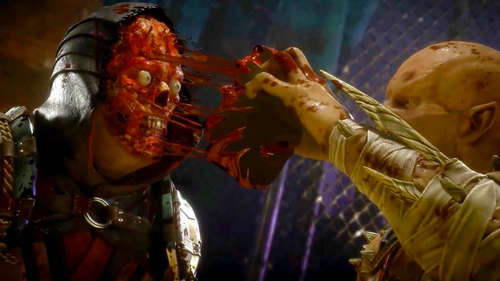 The montage is a bloody visceral series of blood and viscera. You’ll see bones crunch, sinew snap, heads fly, and brains made for a tasty snack. It’s all very painful to watch, in that special Mortal Kombat way.

The reveal event also debuted a new character named Geras, announced actress Ronda Rousey as the voice behind Sonya Blade, and showed off some new gameplay systems like the Fatal Blows. NetherRealm also teased more announcements to come on its series of Kombat Kasts.

Of course, we’ve only seen a select few Fatalities so far, as a fairly limited portion of the roster has been revealed so far. Among those confirmed playable characters, we have the likes of Raiden, Scorpion, Sub-Zero and others. They’re sure to have other Fatalities available to them, but you can see those revealed to this point in the video above.

A beta will be coming to PS4 and Xbox One on March 28, ahead of the game’s April 23 release date. You can gain access by pre-ordering through select retailers, which will also net you access to Shao Khan in the full game.