Digital Extremes has announced a new update that changes how melee combat works in the PC version of Warframe. This update is only the first part of a multi-phase process for transforming melee strikes and how they operate in Warframe. 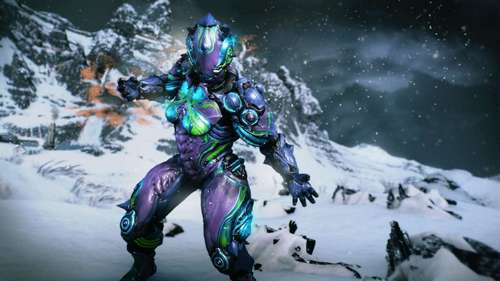 This first phase of changes mostly addresses how combat in Warframe was previously split between firearm and melee portions. The update allows you to quickly transition between shooting and slicing, which is designed to create a more flow-like state to the game’s combat. «When interrupting a melee combo with gunfire, dodging, bullet jumping, or any parkour, your next melee attack will resume the combo where it left off (within a window),» Digital Extremes live ops & community director Rebb Ford wrote in a forum post. «This simply means taking brief and tactical actions between combo executions is now a valid strategy.»

Ground slams have also been changed. Previously, ground slams interrupted all momentum and aimed straight down. Now, you’ll be able to aim your ground slams, allowing you to also use the move to retreat from a forward jump or extend forward to an enemy. To account for these changes, as well as the aforementioned flow-like state for firearm and melee combat, Warframe’s keybindings have been updated as well. Those changes are outlined below. If you’re looking for more details, you can find them in the forum post that’s linked above.

In our initial Warframe review, Chris Watters gave the game a 6/10, writing, «Without new challenges for your combat abilities, the excitement soon dries up, leaving you without a compelling reason to keep playing. This free-to-play shooter is still technically in beta, so changes may come that make a substantive difference. But as of now, Warframe’s interesting combat mechanics are too quickly overcome by the grind of repetition.» However, last year we picked Warframe as one of our five favorite evolving multiplayer games in 2018. The game has certainly changed for the better in recent years.