Fortnite has a new vehicle coming soon, and it looks pretty wild. It’s named The Baller, and it looks like the sort of thing a hamster would ride around in.

The vehicle will come to PS4, Xbox One, PC, Nintendo Switch, and mobile soon, though we don’t precisely know when. Other details about The Baller are also scarce at present—we don’t know what kind of weaponry it will possess, for example, though it does appear to have a cannon of some description. 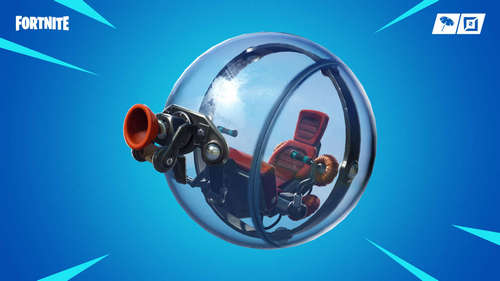 The first set of weekly challenges for Fortnite Season 8 is now available, and the two trickiest of them task players with visiting the new Pirate Camps and finding a giant face in the desert, jungle, and snow. You can see the complete list of this season’s objectives in our full Season 8 challenges guide.