The Season of the Drifter is about to start in Destiny 2, and it’s bringing a lot of changes. There will be a new version of Gambit for players to check out called Gambit Prime, a new high-level activity called The Reckoning, new pinnacle weapons to earn, and a bunch of new loot to find. 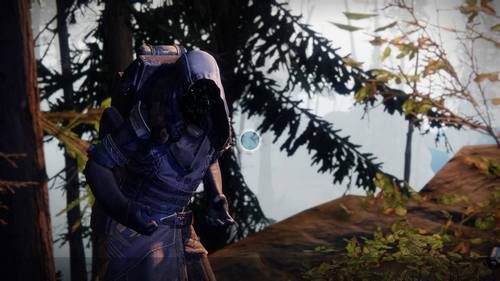 With the sixth Destiny 2 season comes another big change that’ll let you get cooler gear. Bungie is instituting a change for Xur, Emissary of the Nine, that’ll make his weekly visits, and the Exotic weapons and armor he sells each week, a lot more useful to players.

According to a post from Bungie on Reddit, Xur’s wares are changing in Season 6. He’ll finally sell Exotics from the Forsaken expansion that dropped in Fall 2018. Up to now, Xur has only sold Year One Exotics, those from before the Forsaken expansion. In order to get the cool new gear added in Year Two, players had to hope for extremely rare random drops. With the Forsaken Exotics added to Xur’s wares, you’ll now have a weekly chance to purchase what you’re missing for Legendary Shards.

There are no guarantees, though. Bungie noted that Forsaken Exotics are added to the Year One batch in Xur’s wares, meaning there won’t necessarily be Forsaken Exotics available every week. You also can’t get Forsaken Exotics from Fated Engrams, either—those are Xur’s more expensive items, which guarantee an Exotic you don’t already own. Those will still only be Year One Exotics, it seems.

Bungie’s Reddit post notes that these Xur changes are coming in the next big Destiny 2 update, which is coming on Tuesday, March 5. That’s the start of the Season of the Drifter—check out Bungie’s full calendar for the season to see when all its new content will drop.