The release of The Division 2 is imminent, and recent open beta, along with a number of new details on the title’s end-game, have many fans excited to jump into the upcoming looter-shooter.

However, for fans planning to play the game on PlayStation 4, it appears that they will first need to make sure that they have enough space on their consoles to do so.

That is, Ubisoft has recently announced that The Division 2 will launch aside a patch, called Title Update 1, that will be between 88 and 92 GB for those playing on PlayStation 4. Of course, this update will come by way of digital download, and it will occur simultaneous to installing the game from a physical copy.

Ubisoft has additionally stated that the final install size of the title will be between 88 and 92 GB. For those concerned about finding enough storage space for The Division 2, it may come as a small relief to know that the hard drive requirements for Title Update 1 are the extent of what will be needed, but it is certainly still a hefty commitment. 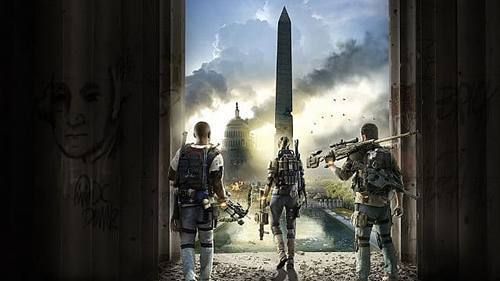 By comparison, Title Update 1 will be between 48 and 52 GB for those playing on Xbox One and PC. Again, this will be the extent of the hard drive space required to install the game, but there are currently no details on the cause of the size discrepancy across platforms.

Furthermore, Title Update 1.5 is also going to be made available for download beginning March 11. This will be approximately 2 GB in size, though there is indication that this can vary depending upon platform, and it primarily addresses issues that some beta players were having with the game’s audio.

Indeed, it is no longer uncommon for games to receive significant patches upon release, though the Title Update 1 for PlayStation 4 is likely to exceed the expectations of many. For players that may be scrambling to make space, and participated in The Division 2‘s beta, Ubisoft offers the reminder that beta builds can be fully deleted, as they have no relationship to the game’s release version.

Titanfall 3 Is Not In Development, Respawn Confirms As It Launches Apex Legends