After years of development, Sony Bend has completed production of the new PS4 exclusive zombie game Days Gone. In a post on Twitter, Sony Bend confirmed that the game had reached «gold» status, meaning the team has finished development of the project. 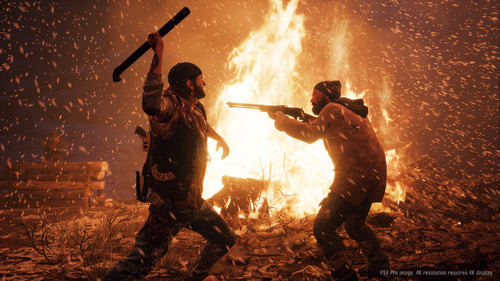 With the game completed, it can now be sent to manufacturers for mass production. In the middle of the shot you can see a developer holding what could be the «gold» master disc.

Days Gone puts you into the boots of a biker named Deacon St. John, a bounty hunter who travels around the apocalypse on his bike. He fights against zombie-like creatures known as Freakers, among other enemies.

GameSpot’s Edmond Tran and Alessandro Fillari recently played the game, and came away with the impression that the game feels familiar—but that might not be a bad thing. For more, you can check out GameSpot’s interview with Days Gone’s creative director John Garvin and game director Jeff Ross.