Kill la Kill The Game: IF was revealed at Anime Expo 2018 with an impressive yet brief trailer that showed series protagonist Ryuko Matoi going up against series antagonist Satsuki Kiryuin. Publisher Arc System Works and developer APLUS have kept relatively quiet about the game, but thanks to a new Twitter post, we’ve now learned that the 3D fighter is heading to Europe and will be available on Nintendo Switch and PlayStation 4. 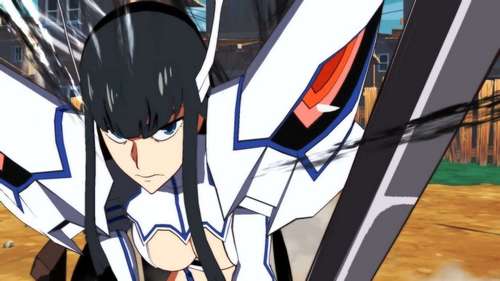 According to the official Twitter account for PQube Games—the UK-based publisher responsible for distributing games like Guilty Gear, Cat Quest, and others—the forthcoming fighter based on Kazuki Nakashima’s 2013 anime will land in Europe «later this year, with a new story from the original writer.» This likely means Nakashima’s contributing to the «untold story» the Anime Expo 2018 trailer teased.

ANNOUNCEMENT! We’re very proud to say that we will be partnering with Arc System Works to release KILL la KILL — IF in Europe on PS4 and Switch! The game is coming out later this year, with a new story from the original writer, digitally and physically! #killlakill #killlakillif pic.twitter.com/JJEX3NvY4A

Kill la Kill The Game: IF is scheduled to release sometime in 2019 for PC, PlayStation 4, and Nintendo Switch.