Time is running out to catch a Shiny Meltan in Pokemon Go. As part of the game’s ongoing Meltan event, Niantic is giving players their first chance to find the Shiny version of the new Mythical Pokemon, but it’s only scheduled to appear until March 4.

To catch Meltan in Pokemon Go, you’ll need to have the Mystery Box—an item you get in the mobile game when you transfer a Pokemon to either Let’s Go Pikachu or Eevee on Switch. Once the box is opened, Meltan will spawn in the wild for 30 minutes. After that, the box will close, and you’ll typically need to wait a week before you can repeat the process. 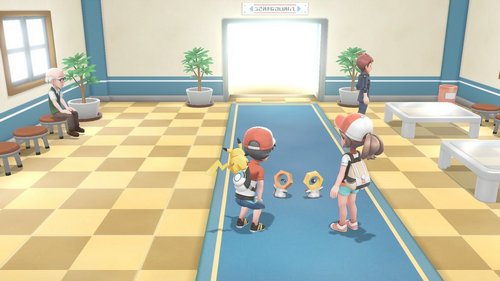 As part of this event, you’ll have a chance of finding a Shiny Meltan in the wild when you open the Mystery Box. As you can see above, the Shiny variant has a slightly darker head than a typical Meltan, as well as a blue (rather than red) tail. On top of that, the time you need to wait to reopen the Mystery Box has been reduced for the event, allowing you to find Meltan much more quickly than before.

Meltan is the only non-Kanto Pokemon that can be transferred from Go to Let’s Go, allowing you to use it in the Switch games. Moreover, Meltan is the only Mythical Pokemon capable of evolving, and if you evolve a Shiny Meltan, it’ll retain its special coloration as Melmetal. You can read more on how to catch the Mythical Pokemon in our Meltan guide.

Let’s Go Pikachu and Eevee launched for Nintendo Switch in November 2018, while a new pair of Pokemon titles—Sword and Shield—are coming to the console late this year. It’s unclear if they’ll have any compatibility with Pokemon Go, but they appear to be much more traditional takes on the series than the Let’s Go games. You can read more about the newly announced titles in our roundup of everything we know about Pokemon Sword and Shield.