Since the release of Battlefield 5 last November, players have been eagerly awaiting the arrival of Firestorm, the first-person shooter’s upcoming battle royale mode. Up until now, fans have been a bit in the dark about what to expect from Firestorm, but a recently leaked video looks to change that. 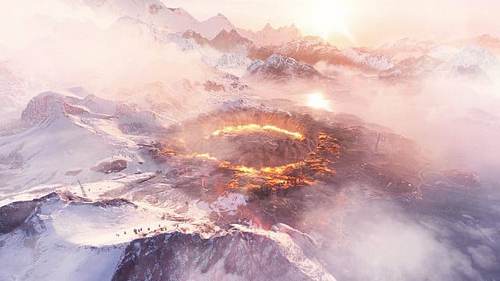 In what appears to be a tutorial video for the unreleased game mode, the foundation for Firestorm is thoroughly established. As fans of the genre are likely to expect, it will reportedly feature Solo, Duo, and Squad play, and a match begins with players parachuting onto the map before beginning their quests to collect loot and eliminate opponents.

As per usual, a central element of Firestorm’s loot is its weapons, and they will come in three rarities: common, rare, and epic. Of course, advantages come with higher rarity weapons, and players can expect bonuses like scopes, extended magazines, and reduced recoil from the epics they find.

That said, fans will need to pay attention to their inventories if they wish to be effective with these powerful guns, as each weapon class requires its own specific ammunition, and the amount that can be carried is limited. So too, there are restrictions on how many weapons and gadgets a player can hold at a single time — something that can be addressed by locating backpacks that offer expanded inventories.

While most of these elements will feel familiar to battle royale veterans, it does seem that Firestorm will feature its own unique characteristics. For instance, the video reveals that downed players can continue to fire their sidearms while they wait to be revived by a teammate.

Additionally, Battlefield 5‘s upcoming mode will give players access to combat vehicles, such as helicopters, boats, and tanks. These conveyances will be granted as rewards for completing the objectives that are found throughout the map, and while they are powerful, they can also be countered by players with anti-vehicle equipment.

Since the leak of this video, the official Battlefield 5 Twitter account has indicated that more information on Firestorm is forthcoming. Indeed, the official post-launch roadmap has the release of the game mode set for March, and perhaps fans can expect these additional details to finally reveal an exact arrival date.

Apex Legends Cross-Platform Play Could Come In The Future