Pokemon Sword and Shield were revealed this week as the next Pokemon games for Nintendo Switch. However, it seems the games were teased in 2018—just nobody noticed at the time. 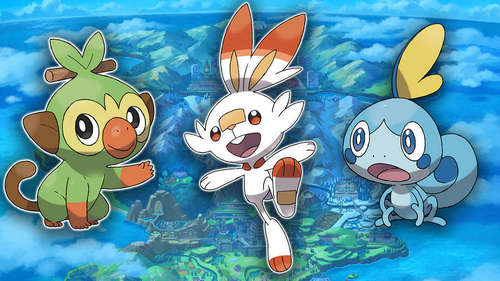 Pokemon director Junichi Masuda tweeted an image of himself back in October holding everyday objects posing as a sword and shield. Of course, it was unlikely anyone could have figured out at the time he was referring to the new Pokemon games, but it’s still amusing to look back on this now-obvious clue.

Pokemon Sword and Shield are to be released in «late 2019.» The games are set in a new region named Galar, which looks to be similar in appearance to Britain. The three starter creatures were shown off in Nintendo’s Pokemon Direct presentation; they are a grass monkey named Grookey, a fire bunny named Scorbunny, and a sad water lizard, Sobble. Gameplay was shown in the Direct but was not detailed extensively, though it seems like the new games will bring back random encounters, among other things. We’ve rounded up the big takeaways from what we’ve seen so far to help you get a handle on what to expect.

For more on the generation eight Pokemon games, check out our thoughts on the strange symbols seen in the trailer. Alternatively, take a look at our list of all the Pokemon seen in Sword and Shield so far.