A new update for Microsoft’s racing game Forza Horizon 4 removes the «Carlton» and «Floss» dance emotes, which are similar to the ones that led to lawsuits against Epic over their use in Fortnite. Microsoft quietly removed the dance emotes in the Xbox One and PC game’s latest update. The patch notes posted on the Forza website only state that «The ‘Carlton’ and ‘Floss’ avatar emotes are no longer available.» 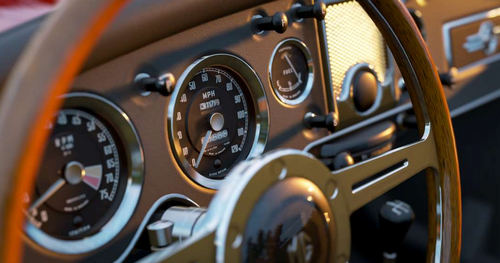 Microsoft provided no explanation for why the dance emotes were removed, but it seems likely that the company saw what happened with Fortnite and wanted to avoid legal action being taken against its game. This is only guesswork. A Microsoft representative offered the following statement to GameSpot on the removal of the emotes: «Forza Horizon 4 features a large portfolio of content and is continuously updated.»

Alfonso Ribeiro, the actor from Fresh Prince of Bel-Air, sued Epic Games for using «The Carlton» in Fortnite, while Backpack Kid also sued Epic for using «Floss» in the game. Those cases, which seek to see the game stop using the emotes and pay damages, are ongoing. Epic has also been sued by rapper Terrence Ferguson, who claims Epic stole his Milly Rock dance for Fortnite’s «Swipe It» emote.

Actor Donald Faison’s trademark dance from the show Scrubs also appears to be replicated in Fortnite as an emote, and Faison says Epic «jacked» his dance for the game.

GameSpot’s search of the database containing nationwide court records for the United States yields no apparent results for any lawsuits against Microsoft over dance emotes in Forza Horizon 4.

There appears to be some amount of uncertainty regarding whether or not a dance move can even be trademarked. However, it remains to be seen what specific legal tactics that Ribeiro, Backpack Kid, and others will use in their cases against Epic against Fortnite. Keep checking back with GameSpot for more on this story.