Speaking to the developers from Gloam Collective about their upcoming PC and Mac game, Bravery Network Online, they raised a point that I hadn’t considered before: despite its popularity, Pokemon’s team-based combat system is rarely imitated, leaving a gap in the market. «It’s super specific,» Gloam says, «but we found ourselves craving more games like these, and not finding any. We want to fill that void!»

Bravery Network Online won’t set you off as a plucky youth on a spirited adventure—it will instead present short stories in visual novel form to clue you into the world’s backstory, and the various human characters that you’ll take into battle—rough-and-tumble cuties that love nothing more than a good fight. Judging by a recent demo, combat and creativity are put front and center. I’ve never seen a cast of characters quite like these, which run the gamut from imposing fashionable warriors to equally stylish yet seemingly frail fighters. 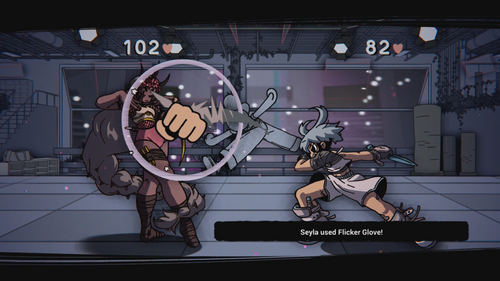 Gloam made a point to mention that all of the characters in Bravery Network Online are essentially immortal, a detail that explains the range of physicality among the cast, and the game’s standout combat mechanic: the use of feelings and emotions as status effects. «When we made the decision to have emotional attacks, it immediately clicked that feelings could be the status effects of the game,» Gloam explained. «Feeling is a vague word that can refer to a more physical feeling, like ‘Dizzy’ or ‘Hungry’ but can also just straight up be an emotion like ‘Guilty’ or ‘Excited.’ This theming gave us a ton of room to play in, and we loved it.»

Though you will get to build your own teams of offbeat characters, the recent demo we played had two pre-built teams, and two distinct headcanons. «Trust Punks are kind of this ragtag team being led by their elder mentor, Ferran,» says Gloam. «They are a kind of well-rounded team, with a bunch of different avenues for winning, and good for exploring a bunch of BNO’s mechanics. The Cold & The Beautiful on the other hand is a team filled with fast, gorgeous fighters. They focus on chipping their opponents away, tagging out with Escape Whip to build up charge, and then getting in the heavy hitters, Zael and Annora, to blast their foes apart.»

Gloam currently plans to ready 25 fighters for launch. The ten characters available in the demo share a few moves here and there, but they are otherwise distinct, with strong visual identities that convey their individuality.

«Seyla’s one of our favourite characters at Gloam,» says the team, «just because of how emotive she is. She has a super short fuse, and a constant drive to be the best Bravery fighter, so you can imagine how she is when it’s pretty clear she’s losing. Mechanically though, Seyla’s a ridiculously strong Physical attacker, and has a few ways of buffing herself up. A well-played Seyla can plow through an unprepared team.»

As focused as Gloam is on delivering an interesting array of fighters, it’s really all in service of making Bravery Network Online a hotbed of competition. Even though Pokemon was a direct inspiration, Gloam made some fundamental changes for Bravery Network Online’s combat system. «One of the most obvious is that we removed randomness from the game, replacing them with fighting game-style meter mechanics. Flourishing is meant to represent those times you’d get a critical hit out of nowhere, or randomly have a move give a status effect. Parrying is essentially a reskin of your opponent’s moves missing, but you control when it happens instead of it being a percent-based chance.» 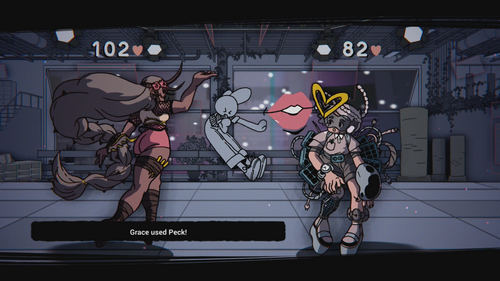 While playing the recent demo, even against computer-controlled opponents, I had to pay very close attention to the aforementioned meters and the specific fighter matchups in order to win. Bravery Network Online is built to reward careful, considered play, and while there’s no doubt benefits to the element of surprise that random blocks or heavy hits bring to the table, it’s refreshing to see a team-based battler that’s closer to game of chess than a roll of dice. In Gloam’s own words: «If you appreciate a rich strategy game with lots of room for customization and mind games, there’s plenty to explore.»

Bravery Network Online will be published by Alliance Games, and is currently in active development for PC and Mac, targeting a late-2019 release date.