The Legendary Bounty Hunter Dante has his largest arsenal of weapons yet in Devil May Cry 5. Along with his old favorites including Rebellion and his twin handguns, he’ll also find new armaments including a demonic hat that uses red orbs as ammunition, and a powerful motorcycle that transforms into massive chainsaw swords. However, there’s one weapon in the game that can be very easy to miss, opening up access to a set of firearms, that when combined together, form one of the game’s most powerful guns.

For some background, one of the weapons that Dante will acquire later in the game (and seen in the many trailers) is the Kalina Ann II—a heavily modified rocket launcher that was specially built for the bounty hunter Lady. The original Kalina Ann was also a weapon that Dante could use in Devil May Cry 3. The second version of the weapon was intended as a replacement after the original was lost in a battle. The souped-up Kalina Ann II can fire off powerful missiles and mini-rockets, causing serious damage to all surrounding enemies. However, there’s a way to track down and acquire the original Kalina Ann in one of the missions. 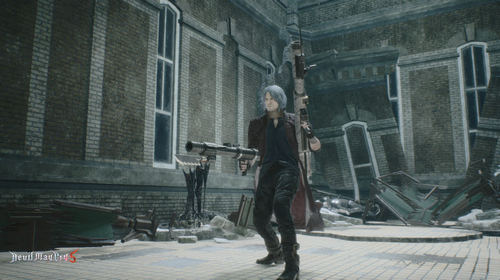 In Mission 11, you’ll control Dante as he explores a ruined town. During the mid-point of the level, you’ll come to a massive tower that’s tangled in demonic tendrils. Attacking the first blood sac will kill the first set of tendrils, causing the building to sink. Below the platform are two more blood sacs. Though you can destroy the one closest to the exit to proceed with the level, there’s another one near the tower that will cause it to sink further. Destroying this particular sac will also open up access to the Secret Mission in the area. You can also find an opening in the section below the floor that leads to a room. Enter the room and approach the broken table to find an item. Picking it up will grant Dante the original Kalina Ann rocket launcher.

If you have both rocket launchers in your possession, Dante will combine them together to form the Double Kalina Ann firearm. Essentially wielding both rocket launchers in tandem, switching off between shots, the high-powered weapon is the Devil Hunter’s most powerful firearm. In addition to firing off rockets with great speed and power, Dante can merge both weapons together to open up new moves, including a powerful laser attack. In Gunslinger style, the Double Kalina Ann’s move-set and power increase further, adding a variety of other options in a fight. 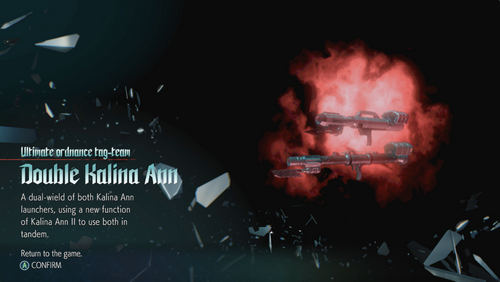 This weapon offers a ridiculous amount of firepower, but if you find that wielding two rocket launchers at once is simply too much to handle, you can adjust your loadout to use only one—choosing either the original Kalina Ann or its upgrade. Still, the Double Kalian Ann is a surprisingly versatile weapon, offering quick, crowd-clearing moves, and also powerful single-enemy attacks at your fingertips.

For more on Capcom’s Devil May Cry 5, including the location of all the Secret Missions and how to find the hidden ending, but sure to check out our continuing coverage of the game. Also, if you haven’t check out our full review yet for DMC5, written by editor Matt Espineli, be sure to give that a read as well.