Apex Legends had a fast start, gaining 25 million players in just one week. The battle royale has crossed another player milestone now, with its developer announcing it has hit 50 million players. In a video detailing the milestone, Respawn shared some other stats regarding the game lifetime so far. 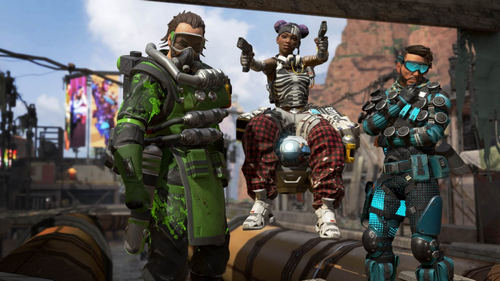 The 50 million players in just under a month have used 158 million finishers, used 170 million respawns, and activated 1.3 billion ultimates. The biggest number comes from its user-friendly ping feature, as the video notes that players have placed 31 billion pings.

When Apex shared its 25 million milestone, it also noted that it had hit a peak concurrent user milestone of 2 million users. This video doesn’t detail a new peak concurrent number, so that one may not have been topped yet.

The ping feature is one that immediately set Apex Legends apart, but it’s already inspired imitators. Fortnite, the current leader in the battle royale space, recently updated with its own ping system. And if BioWare takes our recommendation, Anthem won’t be far behind. It makes sense that the ping system has gotten so much use, as the feature allows easy non-verbal communication to flag points of interest for your teammates.

Apex Legends is preparing to roll out its own battle pass. Its contents are still a mystery, but we have some ideas.