The Humble Bundle has partnered with PlayStation for a sale on a bundle of indie titles along with bonuses. The Humble Indie PlayStation Bundle offers up to nine PS4 games, with some proceeds going to charity, for a limited time. 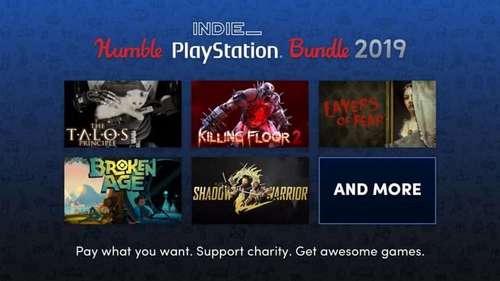 At the lowest tier you can get Grim Fandango Remastered, The Bard’s Tale Remastered, and InnerSpace. Those three games are available if you pay at least one dollar. The next level up unlocks if you pay more than the average, which as of time of writing is approximately $9. That tier includes Layers of Fear, Wasteland 2 Director’s Cut, The Talos Principle, and Broken Age. Finally, the last tier unlocks at $15 or more, granting you Killing Floor 2 and Shadow Warrior.

Those nine games are joined by the soundtracks for Grim Fandango and InnerSpace at the dollar level, and the Layers of Fear and Broken Age soundtracks at the more-than-average level. As always you can pay what you want and select how the money is distributed to Humble, charity, and developers.

These discounts will be available through February 12 at 11 AM PT / 2 PM ET. Most of the games are individually priced at or more than the cost for all of them combined, so it’s a good deal to get a lot of games you may have missed for cheap.

Sony Explains Why PlayStation Won’t Be At E3 This Year