As Women’s History Month comes to a close, Playcrafting — an organization that aids aspiring game developers by offering educational events, networking opportunities, and classes — is preparing for its 3rd annual Women in Games night next week. 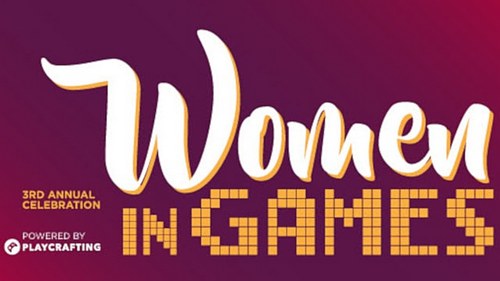 The event will feature an all-women panel of developers presenting their games as well as a second group of professional developers offering insight into the industry.

Following the panel, attendees will be given a chance to play each of the presenters games and speak with the panelists.

It will be moderated by Kati Nawrocki, the Studio Art Director at Dots.

As for the games featured at the event, they include a VR Action game in which players take on the role of an alien barber titled Bizarre Barber, developed by Maria Mishurenko. Using large scissors, the alien barber must provide amazing haircuts while dealing with their clients moving erratically around the world.

There’s also a point and click adventure inspired by grandmothers titled My Granny Lala and Me. This game is the brainchild of Beatriz Olcina and Pilar Aranda and is intended to offer a look at the problems elder people have to deal with.

For those interested in less digital games, a card game inspired by traditional fighting games. Titled, appropriately enough, Table Fighter, the card game is being presented by Nicole Stahl. It’s designed to be easy for players to learn but difficult for them to master. Similar to the games it’s inspired by, it rewards players for playing skillfully rather than randomly.

Finally, there’s a second VR game. Inspired by the classic fairy tale and intended to be family-friendly, Cinderella VR allows players to jump into the story and play interactive mini-games, including things like cooking puzzles, catching things in butterfly nets, and more.

Devil May Cry Heading to Switch This Summer