Microsoft held its latest Inside Xbox video broadcast today, and it was packed with news. In the space of just an hour, Microsoft made a series of big-time announcements, including Halo: The Master Chief Collection coming PC and adding Halo: Reach, the next big Xbox Game Pass game, a new Xbox One controller design/color, and more.

We’ve rounded up all the big news in once place here to give you a quick look at all the big news announced during the Inside Xbox briefing. While the broadcast had a lot of big news, it didn’t confirm the rumoured disc-free Xbox One or the rumoured launch of Xbox Game Pass for PC. Looks like we’ll have to wait to learn more about those topics.

With that out of the way, here is a rundown of all the big news from Microsoft’s Inside Xbox stream:

Confirming earlier rumours and reports, Microsoft officially confirmed that Halo: The Master Chief Collection is coming to PC. It’ll launch later this year on Steam and the Microsoft Store, and the release structure is anything but traditional. Microsoft is releasing each title within the package individually for download and purchase, beginning with Halo: Reach. Microsoft hasn’t confirmed pricing yet, but the entire package on Xbox One sells for $30, so somewhere in that are seems likely for PC. For more, check out these stories: 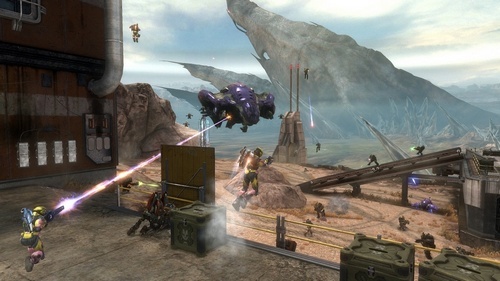 Responding to fans’ requests, Microsoft announced that Bungie’s 2010 game Halo: Reach, will join The Master Chief Collection at some point down the road. It’ll be available on Xbox One and the newly announced PC edition. This includes the campaign and multiplayer elements, including Forge and Theatre, along with the fan-favourite Firefight mode. On Xbox One, the multiplayer (including Forge and Theatre) is free, while Microsoft will charge for the campaign and Firefight mode—pricing has yet to be divulged. Xbox Game Pass members, however, will seemingly get the entire package at no extra cost. It’s less clear how it’ll all work on PC, but campaign, multiplayer, and Firefight are coming. Take a look at the story linked below to find out everything we know so far.

A New Xbox One Controller

The Phantom White Special Edition controller was announced during the Inside Xbox briefing. The $70 USD controller goes on sale in April worldwide. Its described as blending «luxury and sci-fi,» whatever that means. You can see it close up in the story linked below.

One of the biggest games on Earth, Minecraft, is coming to the Xbox Game Pass library on April 4. That’s big news in its own right, as it expands the already-massive sandbox game’s reach further still. It also becomes just the latest family-friendly title in the catalog.

A New Look At Project xCloud 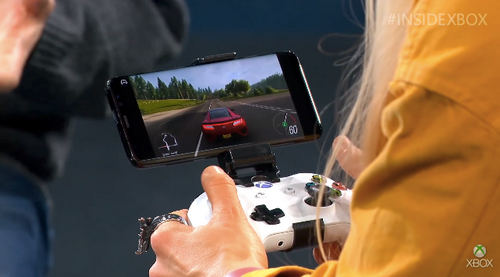 One of the other big reveals during the Inside Xbox stream was a new look at Microsoft’s ambitious game-streaming technology, Project xCloud. The game lets you stream titles directly to a device connected to the internet, which allows you to play high-end games on a low-spec device because the heavy lifting is happening in the cloud. Forza Horizon 4 was shown running on an Android-based phone connected wirelessly to an Xbox One controller. Microsoft also confirmed that public trials for xCloud—or whatever official name Microsoft decides to give the platform—will begin later this year.