Alongside Google’s official Stadia announcement and controller reveal today at GDC 2019, the company also revealed that it would entering yet another arena: game development. As most gaming platforms don’t succeed post-launch without a library of games, the announcement comes as little surprise. 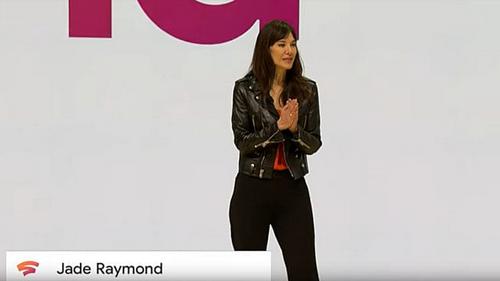 To head up this new division focused on developing original games for Stadia, Google has tapped Jade Raymond, who has previously worked at Electronic Arts and, perhaps more notably, at Ubisoft on several Assassin’s Creed games and the original Watch Dogs.

Last week, Google announced Raymond would be joining its staff as a vice president, but held off on revealing her official role until today.

At the keynote, Raymond spoke about her position and what she hopes to achieve, noting that she won’t just be working to bring first-party games to the Stadia service, but she will also working closely with other developers to «reimagine the new generation of games,» and bring «all of the bleeding edge Google technology» introduced during the keynote to partner studios.

Unfortunately, neither Raymond or any of the other presenters at the GDC keynote offered information on any of the titles that are currently being developed for Stadia, or what studios might be working with Google on the technology.

As with more news on the service and controller, we’ll have to wait until this summer to find out more information.