When Tom Clancy’s The Division first launched, players loved everything about it — until they finished the main campaign. Prior to Ubisoft releasing DLC, there was nothing to do once everything was all wrapped up.

In an effort to avoid repeating the same mistake again, Ubisoft included a sizeable postgame for The Division 2 with the World Tier system. It’s a series of challenges designed to test players’ mettle, offer high-quality gear as rewards, and greatly extend the game’s play time.

Except there’s been a bit of a problem with the World Tier system, and it continues to plague the game even after being patched.

Originally, players were encountering an odd glitch that would toss them out of the World Tier they progressed to and prevent them from accessing it again.

Ubisoft implemented a patch on March 16 meant to solve the problem, but five days later, The Division 2 is still blocking some players’ postgame progression.

It could be an undiscovered bug causing the trouble, as there’s some confusion what actually triggers the glitch. In Ubisoft’s patch notes on March 16, the cause was noted as being related to Gear Score.

Gear Scores are awarded in the World Tier challenges, and players must reach a certain score to progress to the next Tier. Ubisoft believed the problem happened when players reached a Tier without having the proper Gear Score, and that was what the patch tried to fix.

Reddit users had a different view, though. Multiple users said they could no longer access the Tier they unlocked and had been playing in after they went to a lower Tier to aid friends or play in co-op.

So far, Ubisoft hasn’t addressed that particular concern. However, Massive Entertainment, the game’s developer, said they are putting the Tier 5 DLC on hold for a while, so they can focus on uncovering the cause of these bugs and implementing a permanent fix. No time frame was given for when players can expect both the bug fix and Tier 5. 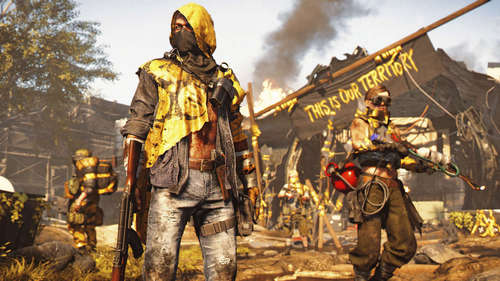 We’ve reached out to Ubisoft for further comment and will keep you updated as the situation changes.

New State of Play Coming with Details on MediEvil Remake