In case you missed out on the news, the annual Game Developers Conference is under way in San Francisco — marking the start of the gaming and tech expo and conference season that will run until E3. 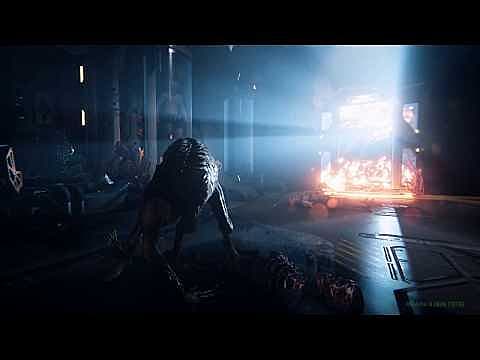 Over the next few months gamers can expect plenty of reveals — either first time announcements about new games or teasers and trailers for games we already knew were coming but haven’t seen much about.

Yesterday, fans of the classic System Shock series got the first look at the long-awaited System Shock 3 — in the form of a new teaser trailer. Those familiar with the series will instantly recognize the face that confronts them midway into the trailer.

The new trailer was revealed by developer Warren Spector during Unity’s GDC keynote.

The infamous artificial intelligence SHODAN is back, and she’s watching you. Once again, the player is surrounded by danger in the form of homocidal robots, mutants, and cyborgs. There is nothing safe or comforting about the place they inhabit.

Unfortunately, the (extremely) short video doesn’t provide any real details on System Shock 3‘s narrative. Nor does it include a release date. What it does tell us is that we’re looking at «pre-alpha in-engine footage», meaning we’re probably a good way out from getting our hands on the game.

We also don’t know what platforms the game will be available on. Although, based on the history of the series, I would at least guess PC. It might also be a good bet that since the game is still in early stages, we might end up seeing it on the next generation of consoles.

System Shock 3 isn’t the only thing fans of the series are waiting on. There’s also the full remake of the original System Shock. This particular project was crowdfunded on Kickstarter in 2016. Despite some hiccups in the development process, we have seen some progress. In fact, earlier this year the developers dropped a preview of the game’s finalized art.