One of the biggest announcements at Final Fantasy Fan Fest this weekend in Tokyo was a new race, Hrothgar, for Final Fantasy XIV Online’s upcoming Shadowbringers expansion. 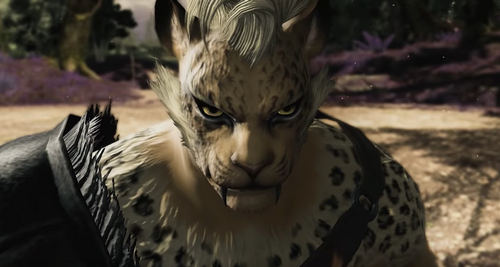 Game director Naoki Yoshida responded to the drama in an interview with GameSpot today. He said the team hasn’t had enough time yet to consider all the feedback considering the announcement of Hothgar is so recent.

«We have to identify what they’re coming from, so we can respond correctly,» Yoshida said about concerned fans. «We want to review all the feedback that players gave. The bottom line is that the addition of a race takes quite a lot of cost; it’s really quite an undertaking.»

Yoshida added that in Final Fantasy XII, which is where Viera is from, the male Viera do not show themselves in public, so Final Fantasy XIV Online is staying loyal to the lore with only offering a female option. Yoshida explained that the male-only Hrothgar is Square Enix’s effort to offer a new male-only race in response to Viera being female-only.

I asked Yoshida if Square Enix would considering allowing more gender options for Hrothgar and Viera in the future, but it appears the studio wants to consider feedback first before making any announcements. Yoshida also said to GameSpot that, due in part to the high complexity and challenge of creating new races and balancing them, Hrothgar might be the final new race added to Final Fantasy XIV Online.

The new Shadowbringers expansion launches on July 2. Final Fantasy XIV is available for PS4 and PC, but Yoshida also recently teased that it could launch on Xbox and Nintendo platforms.

We sat down with Yoshida as part of the Final Fantasy Fan Fest. For more, check out GameSpot’s recent stories linked below.