One of Destiny’s most notorious guns was Thorn, a hand cannon that became the blight of the competitive mode known as the Crucible. Players who had it, loved it—the gun basically infected anyone hit by its bullets with poison, resulting in players getting kills even after they’d already lost a battle. Needless to say, anyone who didn’t have Thorn hated it. Now, Destiny most-loved and most-hated gun is finally making its way into Destiny 2.

The Thorn Exotic weapon quest is part of the Jokers Wild content expansion from Destiny 2’s Annual Pass, and dropped with the March 12 weekly reset. It not only brings Thorn back into the Destiny world, it continues a bunch of lines of the story of the Drifter, the weird, possibly evil guy who runs Destiny 2’s Gambit multiplayer mode. Thorn is the gun wielded by the legendary bad guy Dredgen Yor, who was finally defeated by Shin Malphur with his legendary gun, The Last Word. Last season, players got The Last Word, as well as some hints that the Hive were working to recreate Thorn. It looks like they might have succeeded, and that’ll likely have some more story implications going forward as well. Check out our lore rundown for the full skinny on Thorn and The Last Word.

Like other recent Exotic quests in Destiny 2, capturing your very own Thorn is a pretty lengthy endeavor. It’s going to require some grinding, although this time, Destiny 2 has made things a bit easier by adding options: in many steps, you can either play events like Nightfall Strikes or Escalation Protocol, or you can head to the Crucible and earn your Thorn through battles with other players. There’s still one big Crucible step that’s going to take a while to work through, though.

Here’s everything you need to know to get yourself Thorn, including where to start, and plenty of tips to speed up the process. 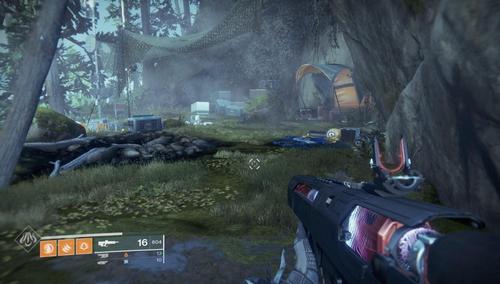 Before you can start the quest, you have to find the remnants of a Shadow of Yor’s weapon. You can do that by locating Shin Malphur’s camp, which is hinted at in one of the lore items related to Aunor, the Warlock who’s been sending you messages in Season 6 to warn you about the Drifter. To get it, you’ll need to head to Trostland in the EDZ. Check out our written description for some help, or watch the video above.

Once you get the Melted Hunk of Metal from the camp, take it to Banshee-44 for your next step.

Next, you’ll need to gather several kinds of materials to rebuild the gun. The first requires Hadronic Essence, a material Warlocks used to use to upgrade their stuff. To get those items, you’ll need to kill Warlocks in the Crucible, complete bounties on Io, or complete Nightfall Strikes. You’ll move the fastest if you do Nightfalls: each completion will net you 15 Hadronic Essence, so four runs will complete the step. If you prefer bounties or Crucible, things will go a bit slower, with bounties and Warlock kills earning you five essence Hadronic Essence each.

If you figured that after Warlock materials you’d need to get some from Titans and Hunters, you were right. The next step requires Plasteel, another material from Destiny grinds past. These you can get from bounties on Titan, killing Titans in the Crucible, and from completing the Blind Well event in the Dreaming City. As with the last step, bounties and kills yielded five Plasteel each, while the Blind Well was quicker—it kicked out 10 Plasteel with each Heroic completion. You need 50 in total, so five Blind Wells will do it, and this is a good chance to check off your Gateway Between Worlds weekly bounty from Petra as well.

The last item you need comes from Hunters: Sapphire Wire. This one will take you to Mars if you’re going the PvE route, where you’ll need to complete Escalation Protocol levels. Of all the PvE approaches, Escalation Protocol is the slowest, yielding only 5 Sapphire Wire for each level you complete. However, combine it with two bounties from Ana Bray and you can complete the step with one complete Escalation Protocol run, which includes seven levels, since bounties also yield 5 Wire each. You can also head to the Crucible and kill Hunters, but with so many people working on Thorn, it seems like EP is the quicker way to go.

Once you’ve finished your work rebuilding Thorn, you’ll need to infuse it with Light to make it more than just a gun. As is usually the case with these sorts of things, that means heading to the Crucible and grinding kills.

There’s good news here, and bad news. The bad news is that you’ll need a lot of kills, although just how many depends on what you decide to take with you. The quest requires either hand cannon kills or Void kills, and you can combine progress with a Void hand cannon if you have one. You’ll also get quicker progress in either the Competitive play mode or the Iron Banner—although that means waiting for IB to show up. Competitive also feels like a bad option for most players, thanks to game types like Survival that result in slower matches and fewer kills. If your skills are up for it, though, Competitive will give you the quickest progress (and you might advance some of those various Crucible Pinnacle weapon bounties if you’re still working on those).

The good news, however, is that you can die and lose all you want without losing progress, so you should just go wild on Void stuff and try to rack up as many kills as possible. It seems you’ll need around 200 kills with Void hand cannons in the Valor group of matches, and around 300 kills with Void weapons that aren’t hand cannons, or hand cannons that aren’t Void. Note that you also need to make sure yours are the final blows that kill enemies for them to count toward Thorn. You also get faster progress if you can manage precision kill streaks with Void hand cannons, so equip a helmet with hand cannon targeting if you can. 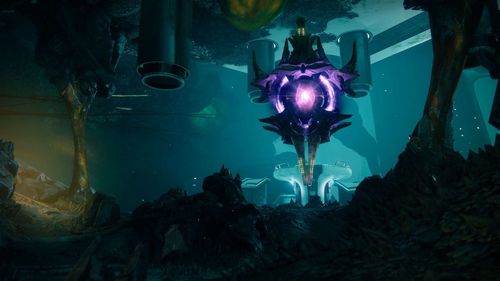 After you finally grind through the Crucible, you’ll need to head to the Farm on Earth. Remember that? It was the social area while the Tower was captured during the Destiny 2 story campaign. There, you’ll visit Tyra Karn, the Farm’s Cryptarch, for your next Thorn step.

That’ll leave you with one last challenge: an amped-up version of the Savathun’s Song Strike. The big difference is that you’ll need to kill a few tough Hive Knights along the way, with the two spawning during the final boss fight being of particular note. You’ll also have to contend with a few modifiers, including Blackout—which means no radar and increased melee damage, so watch out for Thralls. There’s also Harsh Elements, which means you’ll take more elemental damage, and Iron, which means you can’t stagger enemies with damage. Generally, that means you should keep moving and try to keep enemies at range while you fight them.

Complete the Strike and Thorn is yours. It’s a great addition to your Crucible loadout—you might have been killed by it a few times in your quest to earn your own—but note that it’s not quite the Light-eating powerhouse it was in Destiny 1, so don’t get too cocky.

Overwatch’s New Hero, Baptiste, Is Available Now For Everyone

Battlefield 5’s Firestorm Battle Royal Mode Is Live, Game Is Half Off