Gearbox has spent weeks teasing announcements for PAX East, starting with one that very conspicuously looked like Borderlands and had a «3» attached. Just before the show kicks off, the studio has released a teaser for a Borderlands project. With the Gearbox panel at PAX East fast approaching, soon we’ll see what it all means. 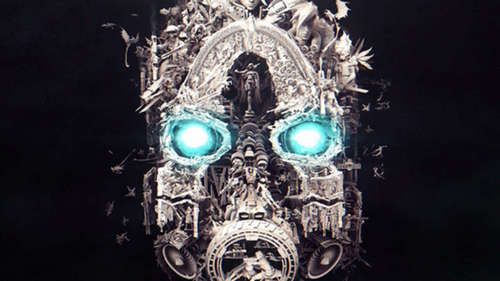 The PAX East panel takes place March 28, so check below for showtimes. We’ll be bringing you news from the panel, but if you want to watch it all unfold live, set your alarm and come right back here at showtime to watch the stream.

The series of teases from Gearbox has often explicitly mentioned announcements coming at PAX East. Some have been clear references to Borderlands, while others have been more vague. Still others, like a tweet simply showing a malfunctioning umbrella, are either extremely metaphorical or the marketing team is pulling our collective legs.

However, the teaser-trailer does seem to drop the first real clues for what could be Borderlands 3. It shows off several characters who could be new Vault Hunter designs or villains, for one thing. The opening scene of Psychos appearing to worship a gun-wielding character, standing next to an angelic figure holding an upside-down Vault symbol, could suggest a direction for the story. We’ve known for quite a while that a new Borderlands has been in development, so the time seems right to finally reveal it. We’ll know for sure soon enough, so come back and watch it with us