Sega has announced a range of video games for the Olympic Games being held in Tokyo next year. Among them is Mario & Sonic at the Olympic Games Tokyo 2020, a Switch title that will once again reunite the characters from Nintendo and Sega’s most iconic franchises to compete in sporting events. 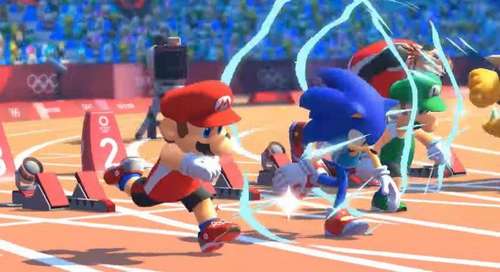 Obviously, the main differences between the various titles is whether or not they have Mario or Sonic attached to them. Sega is making a standard Olympics video game available on all platforms, and this is currently listed as coming 2020 on the game’s official website. Mario and Sonic will join in on the competition for Switch and Arcade, with the Switch version arriving in Winter 2019 while the arcade version follows in Summer 2020. Finally, on mobile, it’s just Sonic and the game headed to the Olympics, and that game is set for Summer 2020.

In the trailer there are a range of events from the various games shown, including running, swimming, shot put, tennis, basketball, volleyball, motorsports, skateboarding, baseball, hurdles, and long jump, among others. It looks like there’s going to be a nice variety of games for players to check out.

The original Mario and Mario & Sonic at the Olympic Games launched in November 2007 and proved to be very popular, becoming a sales success. Critically, however, the response was mixed. In GameSpot’s review the Wii version received a 6/10. «The trouble lies in the often uninteresting and occasionally frustrating motion controls combined with some events that are too similar to one another, as well as shallow gameplay that brings the game down,» it concluded.

Early Review, Release Date, And Everything You Need To Know