Sekiro: Shadows Die Twice is full of tough enemies, like all of From Software’s titles. Fighting them requires quick reflexes as you block and deflect attacks while looking for an opening to strike back. But some enemies can be dealt with in more creative ways than just hacking away at them with your sword. As you work your way through Sekiro, you’ll also find additional weapons that often give you quick access to various baddies’ weaknesses.

These weapons get added to the Shinobi Prosthetic, the special prosthetic left arm that allows you to do all kinds of things in Sekiro, including grapple up onto buildings and trees. But in order to use the tools for the Shinobi Prosthetic, you’ll have to find them. There are a bunch, and they’re usually scattered throughout the game world. Some you can buy, some you’ll earn from boss fights, and some you’ll have to locate by exploring as you go.

There are three prosthetics early in Sekiro that are extremely easy to miss, but if you have them, they can make the game’s first few hours a whole lot easier. The Firecrackers, Shinobi Axe, and Flame Vent can give you the edge against a variety of different enemies, including a few tough early bosses. If you don’t know where to look for them, you can walk right past them, though—and that can make your first few hours in Sekiro a lot more trying.

Here’s where you need to go to find each of these three key prosthetics within the first few areas of the game, and what they’re useful for. Don’t sleep on these Shinobi Prosthetics, or you’re going to make the beginnings of Sekiro much tougher.

While you’re learning Sekiro’s early game, you’ll wan to read up on how death works. You may also want to check out our Sekiro: Shadows Die Twice review as well. 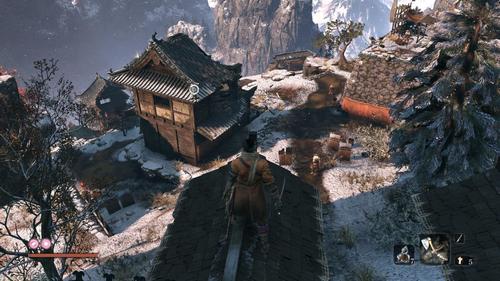 The Firecracker prosthetic is pretty handy in a lot of cases, most specifically against animals. You can use it to distract enemies and knock them out of attack animations, while also opening them up to attack while they’re momentarily stunned. Try firecrackers against the Blazing Bull and Gyoubu, the horseback general. You’ll need 500 Sen to snag the Firecracker, so you’ll want to save those coin purses you find in the first area of the game so you can snag it.

You’ll need to find a specific merchant to snag the Firecracker. He’s located in the Outskirts Wall — Gate Path area, near the stairs that lead to the Idol for the Outskirts Wall — Stairway area. Just past where you meet the woman who thinks you’re her son, you’ll see a gate and a stairway just beyond. At the top of the stairs is a guy who will spot you from a distance and shoot cannonballs at you. Instead of heading toward him, look to your left for a place where you can grapple up.

You’re now at the base of a stone tower. Look for more grapple points above you until you reach the top. There you’ll find a Merchant Mob tent and a guy inside. He’ll sell you Robert’s Firecrackers, which can be fitted into your prosthetic by the Sculptor back at the Dilapidated Temple. 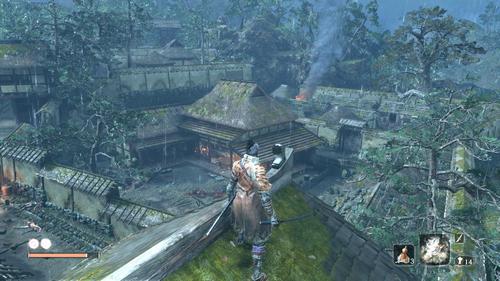 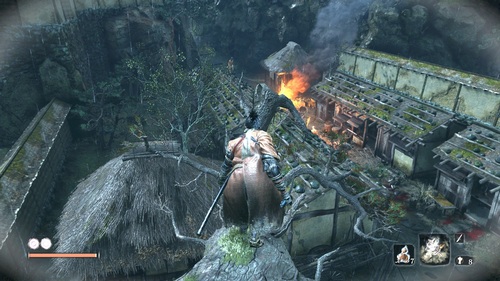 The Flame Vent is really easy to miss, but pretty essential against certain enemy types. You’ll occasionally run across red-eyed berserker enemies that’ll come hard for you and who won’t be staggered by your attacks or deflections. The red-eyed enemies are afraid of fire, though—it doesn’t do extra damage, but it will cause them to recoil and break some of their attack animations, giving you some breathing room. Fire attacks also can inflict burn damage on enemies over time. 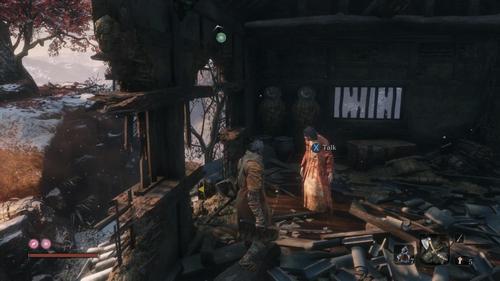 The Flame Vent is located in the Hirata Estate area that’s accessible from the Dilapidated Temple. You’ll first need to talk with the woman in the destroyed house in Ashina Outskirts. Let her think you’re her son and she’ll give you a bell as an offering to Buddha. Take that back to the Sculptor in the Dilapidated Temple and he’ll tell you to offer it to the Buddha sculpture beside him. When you do that, it’ll take you back in time to Hirata Estate as it’s being attacked and burned by bandits.

Once you’re in the past, continue forward until you hit the Estate Path area. From the Idol Statue, you’ll see a road ahead of you that terminates in a closed gate. To get around it, you’ll need to jump the wall to the right and enter an area of small huts. You’ll first pass a courtyard with three enemies in it, then hop another wall into an area with a row of huts where enemies are patrolling. There’s also an archer on one of the rooftops ahead and to the left when you first enter this section.

If you push to the back end of this area, you’ll find several enemies standing around a small campfire near one of the huts. Take them out, then check the campfire itself to discover the prosthetic hidden among the flames. 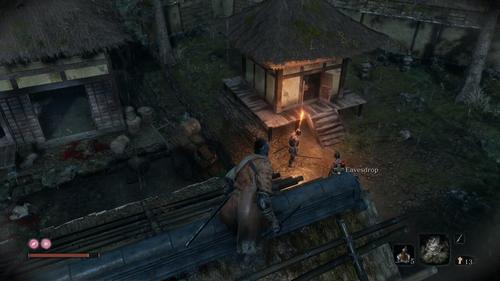 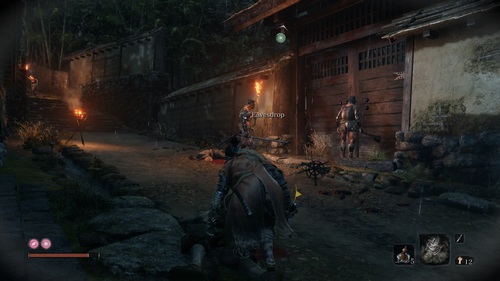 One of the more powerful, harder-hitting prosthetics is the axe, and you’ll want it for dealing with those annoying guys carrying wooden shields and the small assassins with the big hats. Swinging the axe at those guys smashes their defenses instantly, allowing you to go in for deathblows. You can also use it to send enemies reeling with it, which makes it handy in a lot of fights.

The axe is easy to miss, but it’s right after you find the Flame Vent. Again, head into the past using the bell you get from the woman in Ashina Outskirts and head to the Estate Path area. From the Idol Statue, head over the wall to the right and through the area with the rows of huts and the patrolling enemies. Past the campfire where several enemies sit and you found the Flame Vent, you’ll find a path that leads up some stairs. This road takes you behind the closed gate you saw previously, and you’ll find a hurt Samurai who will tell you to find the Shinobi Axe in a nearby shrine.

When you get back on the main path, you’ll see two enemies to your right standing in front of a closed gate. Instead, turn the other way, so you’re headed back toward the closed gate. Hop up on the wall to your left and you should see two men standing in front of a small building. You can eavesdrop on them to hear them talking about deciding not to burn the shrine. Kill them and open it up to find the Shinobi Axe inside.

No Elder Scrolls 6 Or Starfield At E3 2019, Says Bethesda