Ubisoft has announced what gameplay changes are included in the upcoming remaster for Assassin’s Creed III. The game will be receiving additional updates on the Switch version as well, most of which take advantage of the console’s unique features. 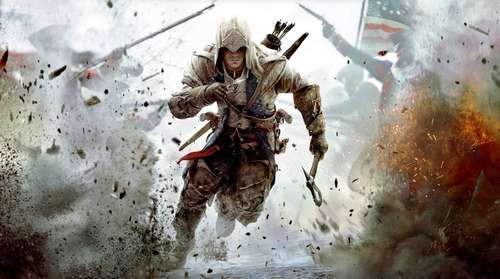 The gameplay changes for Assassin’s Creed III: Remastered are detailed in the March Monthly Update for Assassin’s Creed Odyssey. Ubisoft stated that many of the changes are to create a «better balance between action and stealth» in the game. Double assassinations, which existed in the original AC3, are now easier to pull off. Whistling to attract enemy guards, which you only could do from behind cover before, can now also be done from bushes. Free-aiming long-range weapons—which was added into the franchise in Assassin’s Creed IV: Black Flag—is being implemented into the remaster as well, allowing more control with Ratonhnhaké:ton’s pistols and bow.

AC3: Remastered also includes «additional weapons for crafting,» an updated in-game economy, and a new UI that incorporates color-blind settings. The game will include new Legacy outfits as well, which allow Ratonhnhaké:ton to dress up as protagonists from other Assassin’s Creed games, such as Origins’ Bayek and Odyssey’s Alexios.

For the Switch version, AC3: Remastered will receive a few additional gameplay changes. The Switch version will include touch screen support for navigating the game’s menu. There will also be motion control for aiming with long-range weapons. The design of the UI will be tweaked for the Switch version to better adapt to the console’s feature of going back and forth between docked and handheld, and HD rumble support has been added as well.

AC3: Remastered is scheduled to release for Xbox One, PS4, and PC on March 29, and for Nintendo Switch on May 21. The game will release as a standalone title, but is also included in Odyssey’s Season Pass.

The rest of the March Monthly Update details changes coming to Odyssey in the coming weeks. The new Abstergo-themed cosmetic items for Kassandra/Alexios and the Adrestia and her crew are coming out March 19, as is another Legendary ship lieutenant called Captain Octopus. A new Lost Tales of Greece, titled A Friend Worth Dying For, will be available March 26. Odyssey is available for Xbox One, PS4, and PC.

Just Look At These Absurd Godzilla-Themed Xbox One Consoles