Fans of Funcom’s conspiracy-filled occult MMO Secret World Legends have something new to look forward to. The developer announced a new game today that takes Lovecraft from Earth and creepy Maine towns to space. 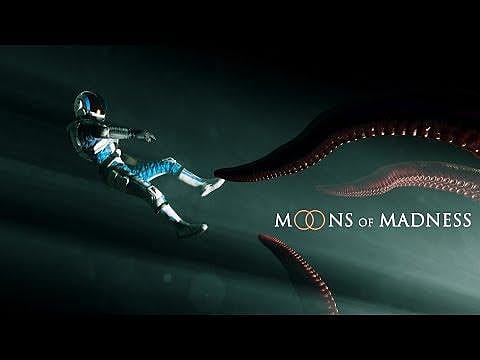 Titled Moons of Madness, the game centers on Shane Newehart, a technician stationed at a secret base on Mars. The base is a pet project of one of the more tech-savvy and incredibly dubious factions in Secret World Legends, the Orochi.

It seems the Orochi had picked up a signal coming from Earth’s neighboring planet and decided the best course of action was to build the Invictus base — in secret, of course — in order to discover the origins of the message without getting the public involved.

As is common with the Orochi, they aren’t exactly honest with those under their employ as to what’s going on either. Such is the case with Shane, who has too low of a security clearance to even know the signal exists. Just keep the place up and running until someone gets there. That’s the job.

Unfortunately — as anyone familiar with Secret World Legends knows — things never go as the Orochi intend. So, it probably shouldn’t be surprising that things are already going wrong. It’s not just technical issues either. Shane starts seeing and hearing things, risking a full tumble into insanity.

Unless, of course, he’s not insane and everything he’s seeing is real.

While the game appears to be tied into the Secret World mythos, it’s not a solo Funcom project. The company is actually publishing the game while Rock Pocket Games is the developer.

The game is being developed for PC, Xbox One, and PlayStation 4 and is slated to release on Halloween. Those interested in keeping upw ith what’s going on with the game can sign up for update on the official site.