The massively popular battle royale game Fortnite continues to grow. Epic Games announced at GDC 2019 this week that the title has now reached 250 million registered players, which is up from 200 million in December. 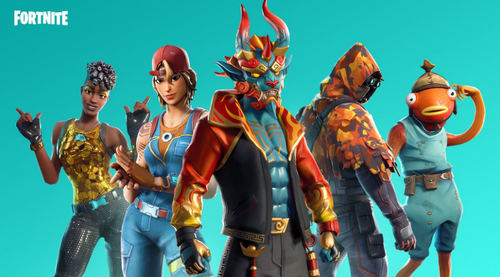 In terms of people actually playing the game, Epic also revealed that Fortnite reached a new concurrent player record of 10.8 million. That’s up slightly from February when 10.7 million people logged on at the same time during the Marshmello in-game concert.

While Fortnite is one of the most popular games in recent history, it may still be behind Minecraft on one metric. Microsoft’s sandbox game reportedly has 91 million monthly players, which is ahead of Fortnite’s 78.3 million. However, these figures haven’t been updated in some time, so it remains to seen if anything has changed.

Remarking on Fortnite’s massive success, Epic boss Tim Sweeney told Engadget, «It’s a real game. It’s a shooter. It’s worldwide. It’s the first shooter with a huge female population. Somebody estimated it at roughly 35 percent, which is unprecedented—why isn’t it 50?—but it’s unprecedented for anything like this. It’s because it brings together players in a social experience.»

In other Fortnite-related news, Epic announced at GDC that it’s created a $100 million fund for developers that was made possible thanks to the success of Fortnite. What’s more, Epic announced that Quantic Dream’s PlayStation-exclusive titles including Heavy Rain, Beyond: Two Souls, and Detroit: Become Human are coming to the Epic Games Store this year.