Since its release in early February, Apex Legends has already exploded in popularity with player counts in the millions, and the free-to-play battle royale game from Respawn is about to hit its next milestone: the release of its first season and optional battle pass. Season 1: Wild Frontier will release March 19 at 10 AM PT / 1 PM ET, and you’ll be able to pick up its battle pass immediately. Everyone who plays during the first season will also be able to unlock the Wild Frontier skin, five Apex packs, and 18 Wild Frontier stat trackers for free. 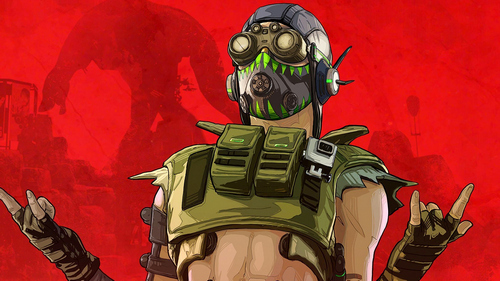 The standard battle pass will cost you 950 Apex Coins. There’s also a battle pass bundle available for 2,800 Apex coins, which instantly unlocks your next 25 levels of rewards. However, if the regular battle pass is enough for you, there’s a way to get it for way cheaper: by signing up for one month of EA Access (Xbox One) or Origin Basic Access (PC), which each cost only $5 per month. There’s currently no equivalent option for PS4.

These gaming subscription services give you unlimited access to growing collections of games, discounts on purchases, and early trial access to upcoming games. And if you’re a member who plays Apex Legends between now and June 30, you’ll also receive a few extra perks: an exclusive Flatline Epic weapon skin, a special Banner Badge, and 1,000 Apex coins (roughly $10). You can probably see where we’re going with this: A one-month membership to either service essentially gets you 1,000 Apex Coins for the price of $5, which is a 50% discount. Once you sign up for the one-month membership (which normally costs around $10), you’ll automatically have enough Apex Coins to purchase the standard battle pass (with 50 coins to spare).

At that point, you can decide whether or not you want to continue with the service, but you’ll be able to dive into Apex Legends’ new season and start earning rewards with your battle pass immediately.

Respawn’s year 1 roadmap revealed Apex Legends will have four seasons this year, and in addition to a few free rewards, each season’s battle pass includes new weapons, exclusive loot (like weapon skins), and at least one new playable character. The battle passes work the same way as Fortnite’s: Every time you level up, you’ll unlock more rewards, which you’ll permanently keep even after the season is over. Each battle pass has roughly 100 rewards as well as 1,000 Apex Coins you can earn in total. And yes, that in-game currency can be used to buy Season 2’s battle pass when it releases this summer.